Why The Colt Ran Away 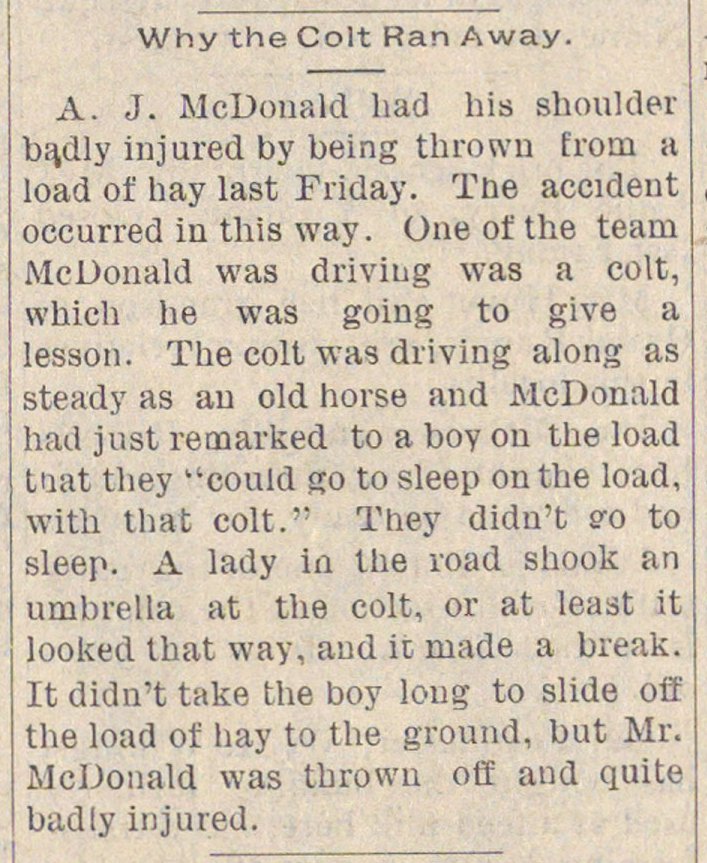 A. J. McDonald had his shoulder ba,dly injured by being thrown from a load of hay last Friday. Tne accident occurred iu this way . One of the team McDonald was driviug was a colt, which he was going to give a lesson. The colt was driving along as steady as au oíd horse and McDonald had just remarked to a boy ou the load toat they "could go to sleep on the load, witli that colt." They didn't ?o to sleep. A lady in the road shook an umbrella at the colt, or at least it looked that way, and it made a break. It didn't take the boy long to slide oli the load of hay to the ground, but Mr. McDonald was thrown off and quite badly injured.