Stealing From A Farm House 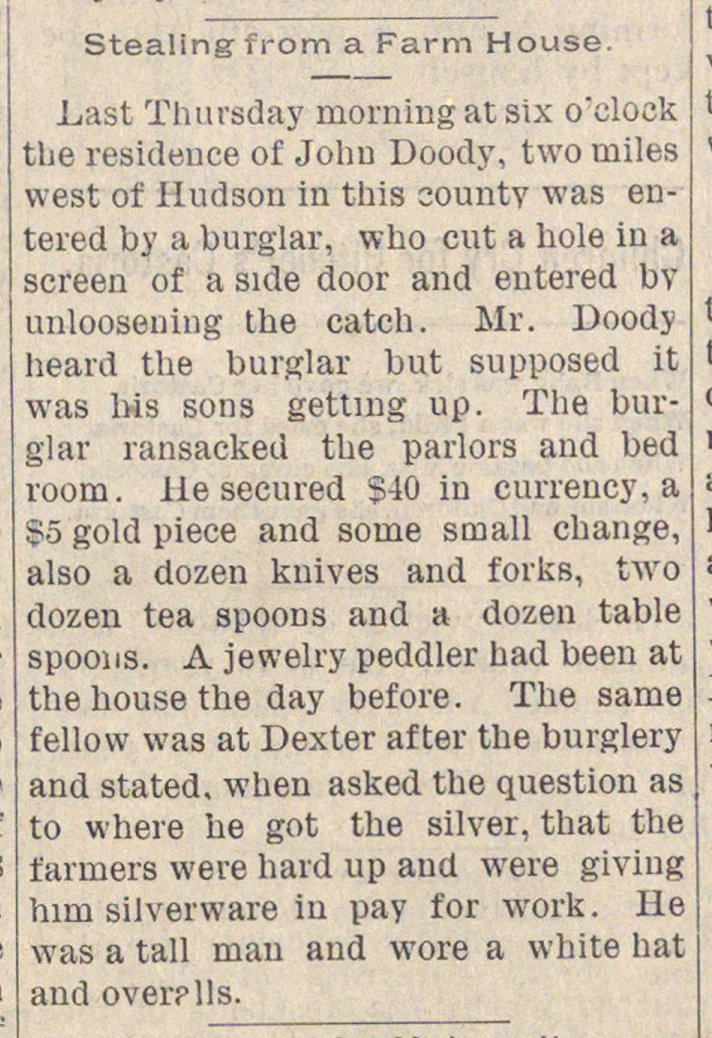 Last Thursday morning at six o'cloek tbe resideuce of Johu Doody, two miles west of Hudson in this countv was entered by a burglar, who cut a hole iu a screen of a side door and entered bv unloosening the caten. Mr. Doody heard the burglar but supposed it was bis sons getting up. The burglar ransacked the parlors and bed room. He secured 540 iu currency, a $5 gold piece and some small change, also a dozen knives and forkB, tM'o dozen tea spoons and a dozen table spooiis. A jewelry peddler had been at the house the day bef ore. The same fellovv was at Dexter af ter the burglery and stated, when asked the question as to where he got the silver, that the farmers were hard up and were giviug him silverware in pay for work. He was a tall man and wore a white bat and overplls.