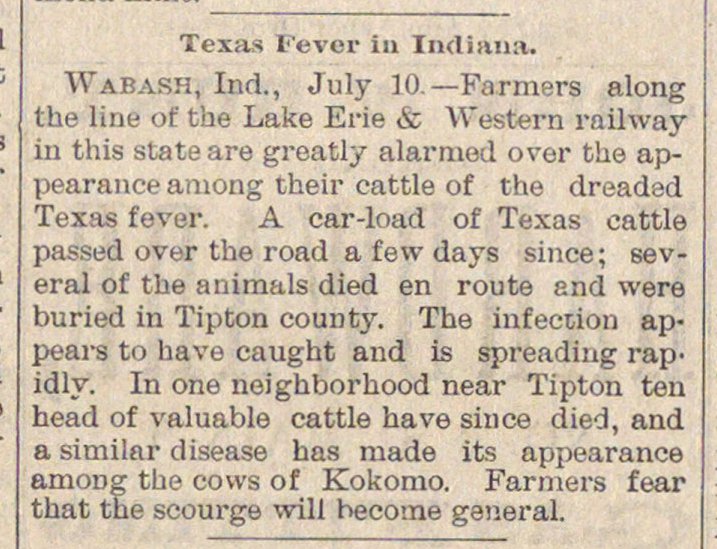 Wabash, Ind., July 10- Farmers along the line of the Lake Erie & Western railway in this state are greatly alarmed over the apjearance among their cattle of the dreaded Texas fever. A car-load of Texas cattle passed over the road a few days sinee; several of the animáis died en route and were buried in Tipton county. The infection ap)eai-s to have caught and is spreading rapdly. In one neighborhood near Tipton ten ïead of valuable cattle have since died, and a similar disease has made its appearance imong the cows of Kokomo. Farmers fear hat the scourge will become general.