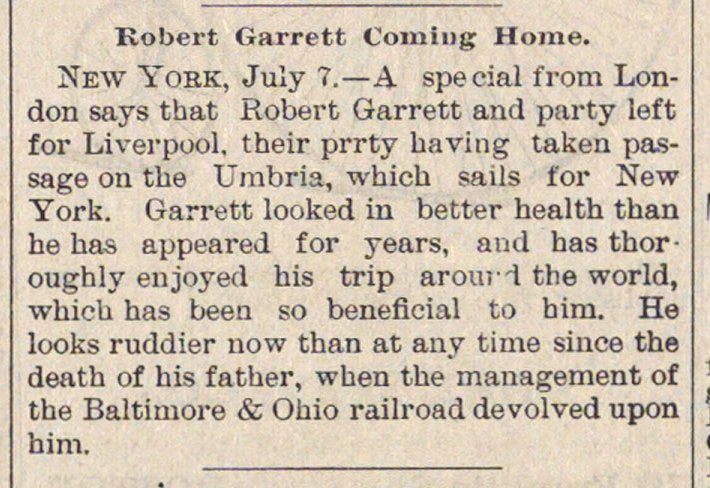 New York, Juy 7.- A special f rom London says that Robert Garrett and party left for Liverpool, their prrty baving taken passage on the Umbría, whicu sails íor New York. Garrett looked in better health than he has appeared for years, and has thor oughly enjoyed his trip aroui'l the world, whioh has been so benefieial to him. He looks ruddier now than at any time since the death of his father, when the management of the Baltimore & Ohio railroad devolved upon him.