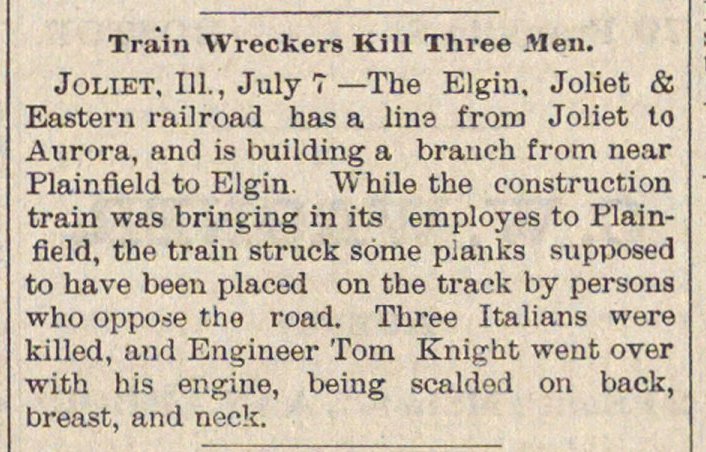 Joliet, 111., July T - The EIgin, Joliet & Eastern railroad has a lina frora Joliet to Aurora, and is building a brauch from near Plainfield to Elgin. While the construction train was bringing in its employés to Plainfleld, the train struck sóme planks supposed to have been placed on the track by persons who oppoie the road. Three Italians were killed, and Engineer Torn Knight went over with bis engine, being scaldod on back, breast, and nec!ï.