Horrible Cruelty To A Boy 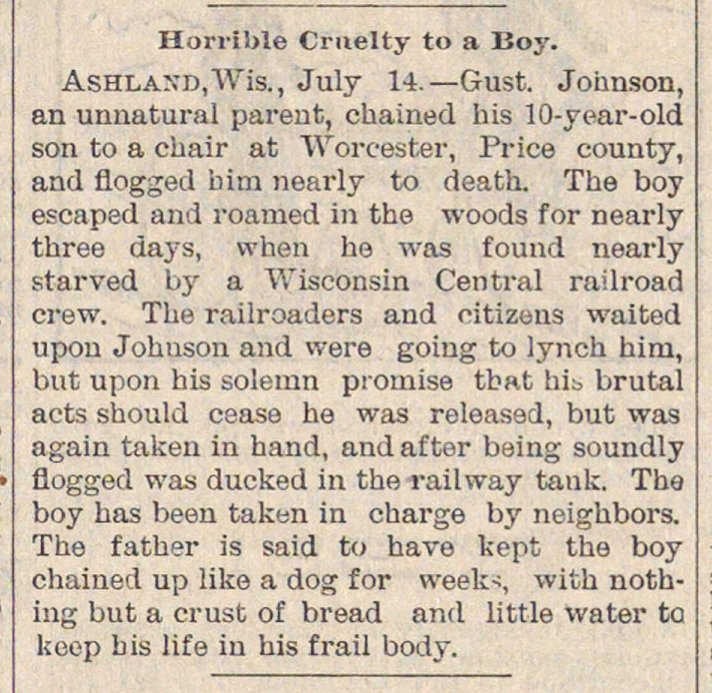 Ashland, Wis., July 14.- Gust. Johnson, an unnatural parent, chained bis 10-year-old son to a chaír at Worcester, Price county, and flogged Mm nearly to death. The boy escaped and roamed in the woods for nearly three days, when he was found nearly starved by a Wisconsin Central railroad crew. The railroaders and oitizuus waited upon Johnson and were going to lynch him, bnt upon his soleran protnise tbat hit brutal acts should cease he was released, but was again taken in hand, and af ter bsing soundly flogged was ducked in the railway tank. The boy has been taken in charge by neighbors. The father is said to have kept the boy chained up like a dog for weeks wlth nothing but a crust of bread and little water to keep bis Ufe in his frail body.