Terrible Accident To A Young Lady 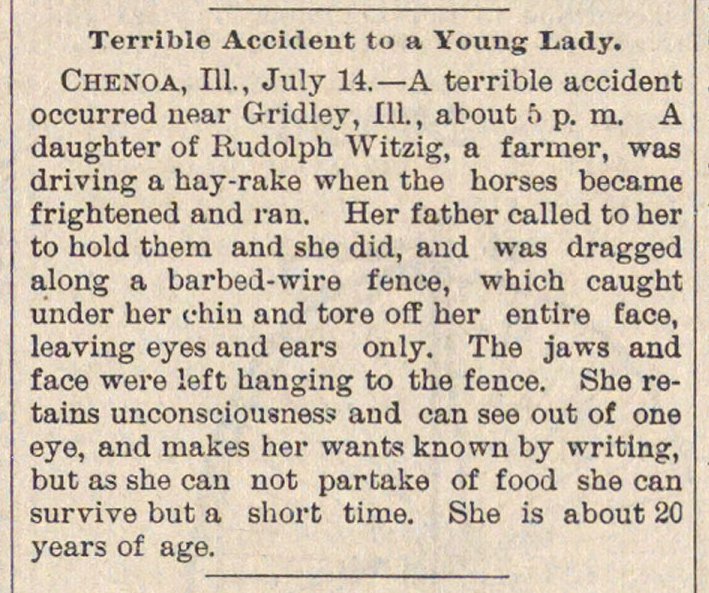 Chexoa, 111., July 11- A terrible accident occurred ïiear Gridley, 111., about 5 p. m. A daughter of Rudolph YTitzig, a farmer, was driving a hay -rake when the horses became frightened aad rau. Her father called to her to hold thera and she did, and was dragged along a barbed-wire fence, whieh caught under her chin and tore oft her entire face, leaving eyes and ears only. The jaws and face were lef t hanging to the fence. She retains unconsciousness aud can see out of one eye, and makes her wants known by writing, but as she can not partake of food she can survive but a short time. She is about 20 years oL age.