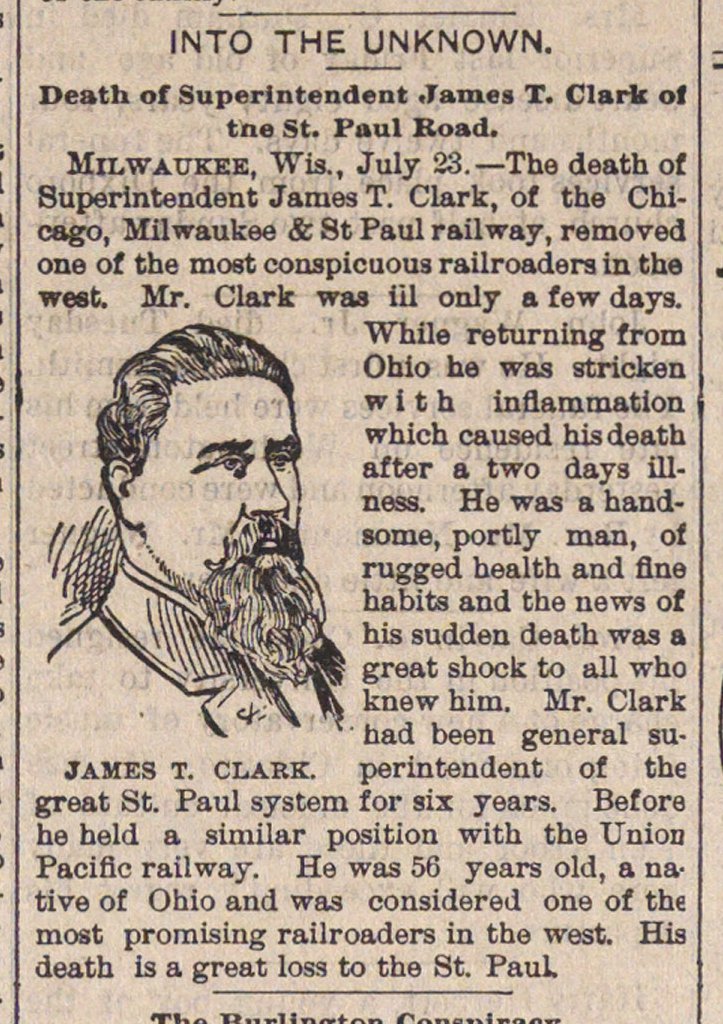 Milwaukee, "Wis., July 23.- The death of Superintendent James T. Clark, of the Chicago, Milwaukee & St Paul railway, removed one of the most conspicuous railroaders in the weet. Mr. Clark was UI only a few days. While returning from Ohio he was stricken w i t h inflammation which caused hisdeath after a two days illness. He was a bandsome, portly man, of rugged bealth and fine habita and the uews of his sudden death was a great shock to all who knew him. Mr. Clark had been general superintendent of the great St. Paul system ior six years. Bef ore he held a similar position with the Union Pacific railway. He was 56 years oíd, a native of Ohio and was considered one of the most proraising railroaders in the west. His death is a great loss to the St. Paul.