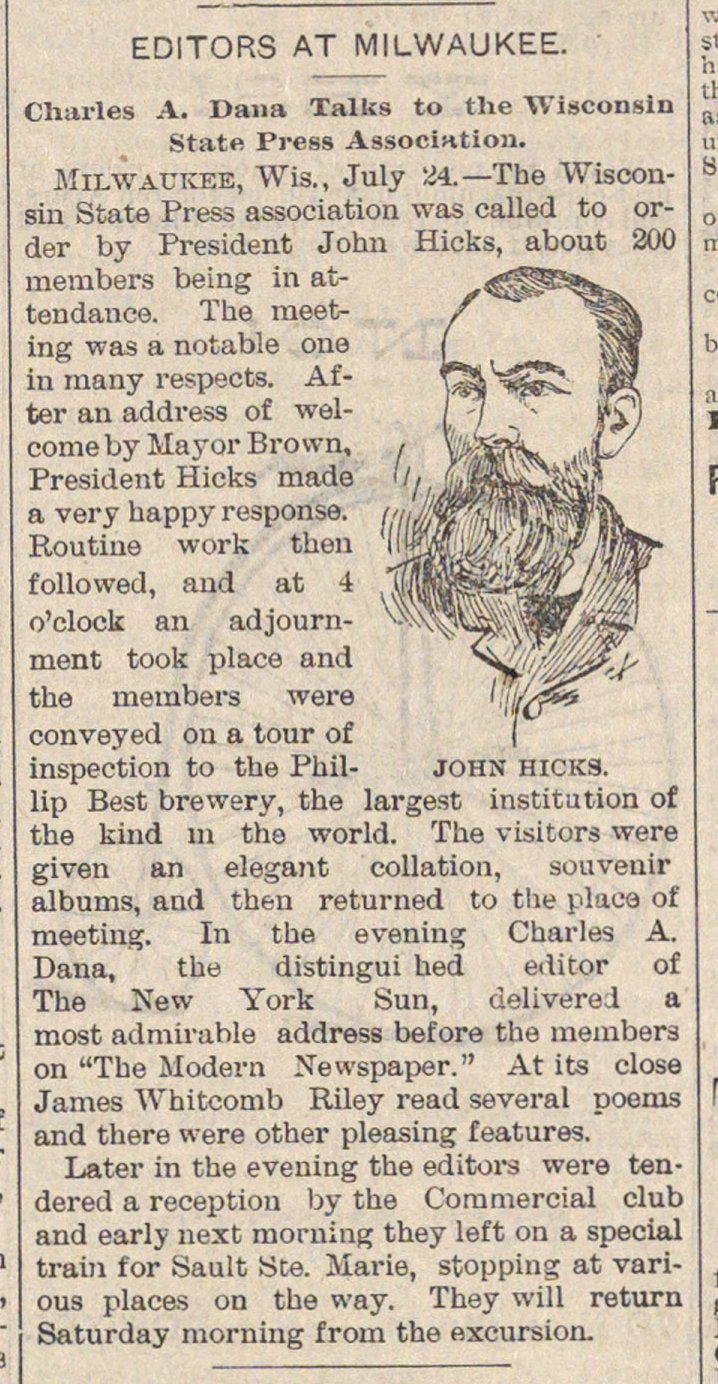 Milwaukee, Wis., July Ü4.- The Wiscousiu State Press association was called to order by President John Hicks, about 200 rnembers bemg in attendance. The meeting was a notable one in many respects. After an address of welcome by Mayor Brown, President Hicks made a very happy response. Routine work then followed, aud at 4 o'clock an adjournment took place and the members were conveyed on a tour of inspeetion to the lip Best brewery, the largest institution of the kind m the world. The visitors were given an elegant collatioii, souvenir albums, and then returned to the pluea of meeting. In the evening Charles A. Dana, the distinguí hed editor of The New York Sun, deliverei a most admirable address before the membera on "The Modern Newspaper." At its close James Whitcomb Riley read several poeius and there were other pleasing features. Later in the evening the editora were tendered a reception by the Commercial club and early next moruing they left on a special train for Sault Ste. Marie, stopping at various places on the way. They will return Saturday morning from the excursión.