A Possible Suit Against The City 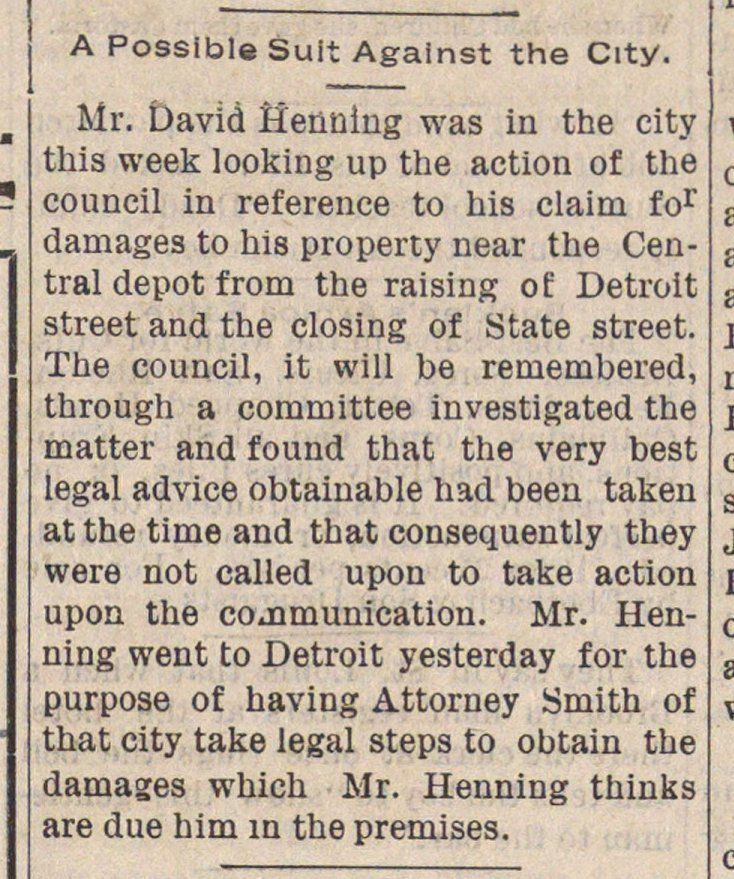 Mr. Daviá Henning was in the city tliis week looking up the action of the council in reference to his claim for damages to his property near the Central depot f rom the raising o E Detroit street and the closing of State street. The council, it will be remembered, through a committee investigated the matter and found that the very best legal advice obtainable had been taken at the time and that consequently they were not called upon to take action upon the cojQmunication. Mr. Henning went to Detroit yesterday for the purpose of having Attorney Smith of that city take legal steps to obtain the damages which Mr. Henning thinks are due him in the premises.