Cowhided Her Husband On A Train 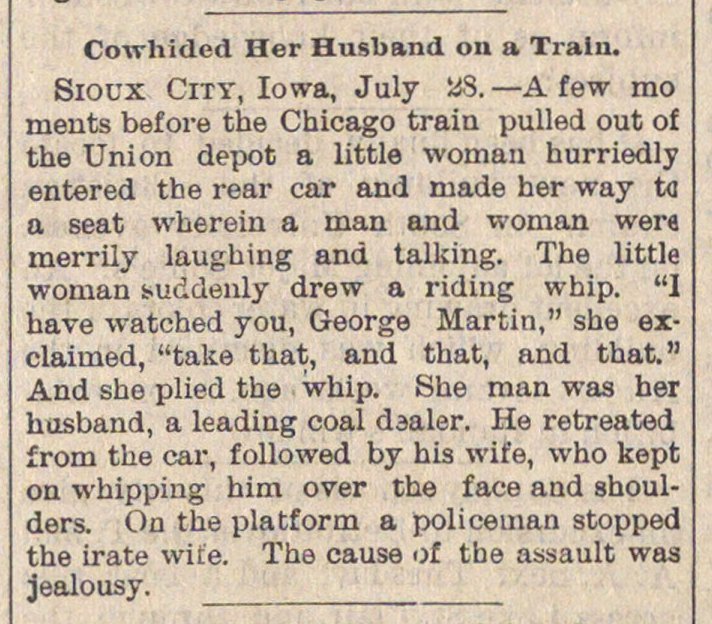 Sioux City, lo wa, July S. - A few mo nients before the Chicago train pulled out of the Union depot a little woman hurriedly entered the rear car and made her way to a seat wherein a man and woman weri merrily laughing and talking. The little woman suddenly drew a riding whip. "I have watched you, George Martin," she exclaiuied, "take that, and that, and that." And sho plied the whip. She man was her hasband, a leading coal daaler. He retreated from the car, followed by his wife, who kept on whipping him over the face and shoulders. On the platform a policeman stopped the irate wife. ïhe cause of tbe assault was iealousy.