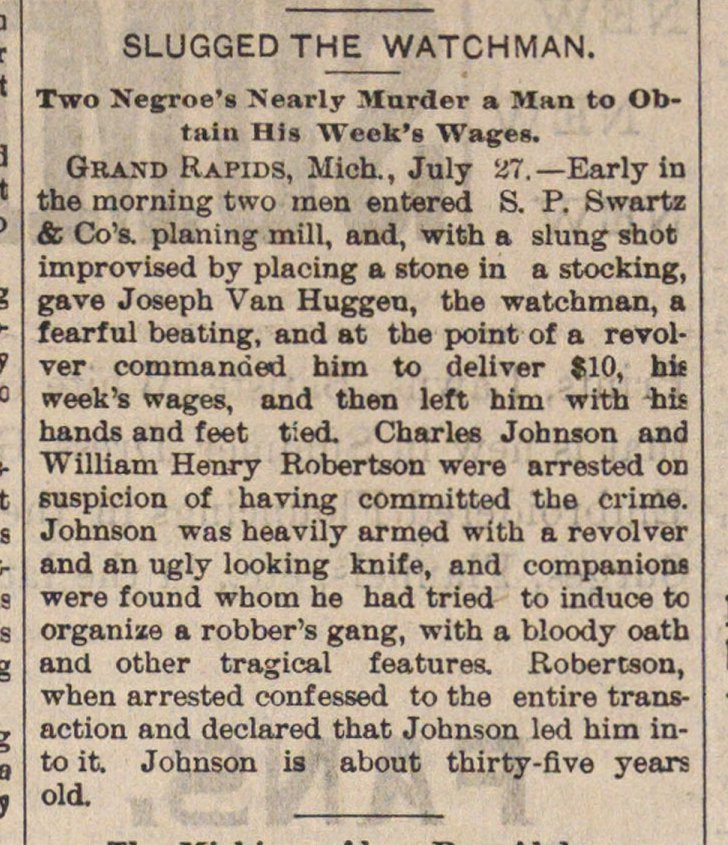 URAND Kapids, Míen., July 1.- üarly in the morning two men entered S. P. Swartz & Co's. planing mili, and, with a slung shot improTised by placing a stone in a stocking, gave Joseph Van Huggen, the watchman, a fearíul beating, and at the point of a revolver commanded him to deliver $10, bit week's wages, and then left him with iií hands and feet tied. Charles Johnson and William Henry Robertson were arrested on suspicion of having committed the crime. Johnson was heavily armed with a revolver and an ugly looking knife, and companiont were found whom he had tried to induce to organiza a robber's gang, with a bloody oath and other tragical features. Robertson, when arrested conf essed to the entire transaction and declared that Johnson led him into it. Johnson is about thirty-five years old.