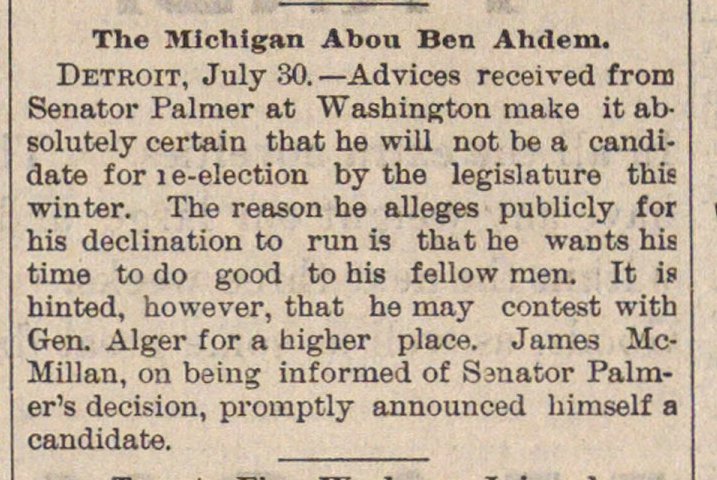 Detroit, July 30. - Advices received from Senator Palmer at Washington make it absolutely certain that he will not be a candidate f or i e-election by the legislatura this winter. The reason he alleges publicly for his declination to run is thtt he wants his time to do good to his fellow men. It is hinted, however, that he may contest with Gen. Alger for a higher place. James MeMillan, on being informed of Sínator Palmer's decisión, promptly announced himself a candidate.