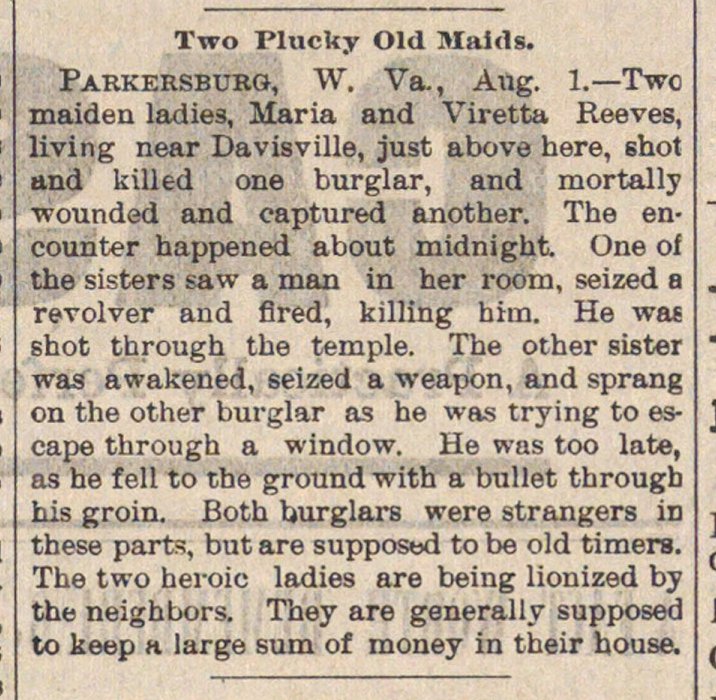 Parkersbuko, W. Va., Ang. 1. - Two maiden ladies, Maria and Viretta Reeves, living near Davisville, just above here, shot and killed one burglar, and mortally wounded and captured another. The encounter happened about midnight One of the sisters saw a man in her room, seized a revolver and fired, killing him. He was shot through the temple. The other sister was awakened, seized a weapon, and sprang on the other burglar as he was trying to escape through a window. He was too late, as he feil to the ground with a bullet through his groin. Both hurglars were strangers in these part-;, but are supposed to be old timers. The two heroic ladies are being lionized bj the neighbors. They are generally supposed to keep large sum of money in their house.