Horribly Mangled By A Harvester 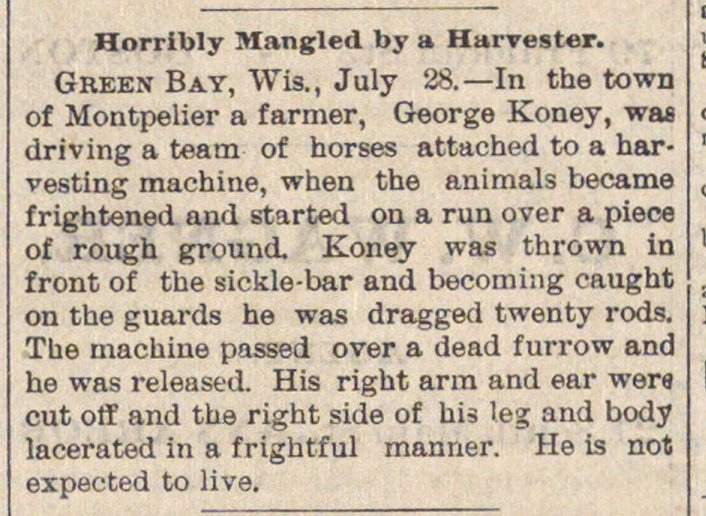 Green Bay, Wis., July 88. - In the town of Montpelier a farmer, George Koney, was driving a team of horses attached to a harvesting machine, when the animáis became frightened and started on a run over a piece of rough ground. Koney was thrown in front of the sickle bar and becoming caught on the guards he was dragged twenty rods. Tbe machine passed over a dead furrow and he was released. His right arm and ear wer cut off and the right side of bis Ie and body lacerated in a f rightful manner. He is not expected to live.