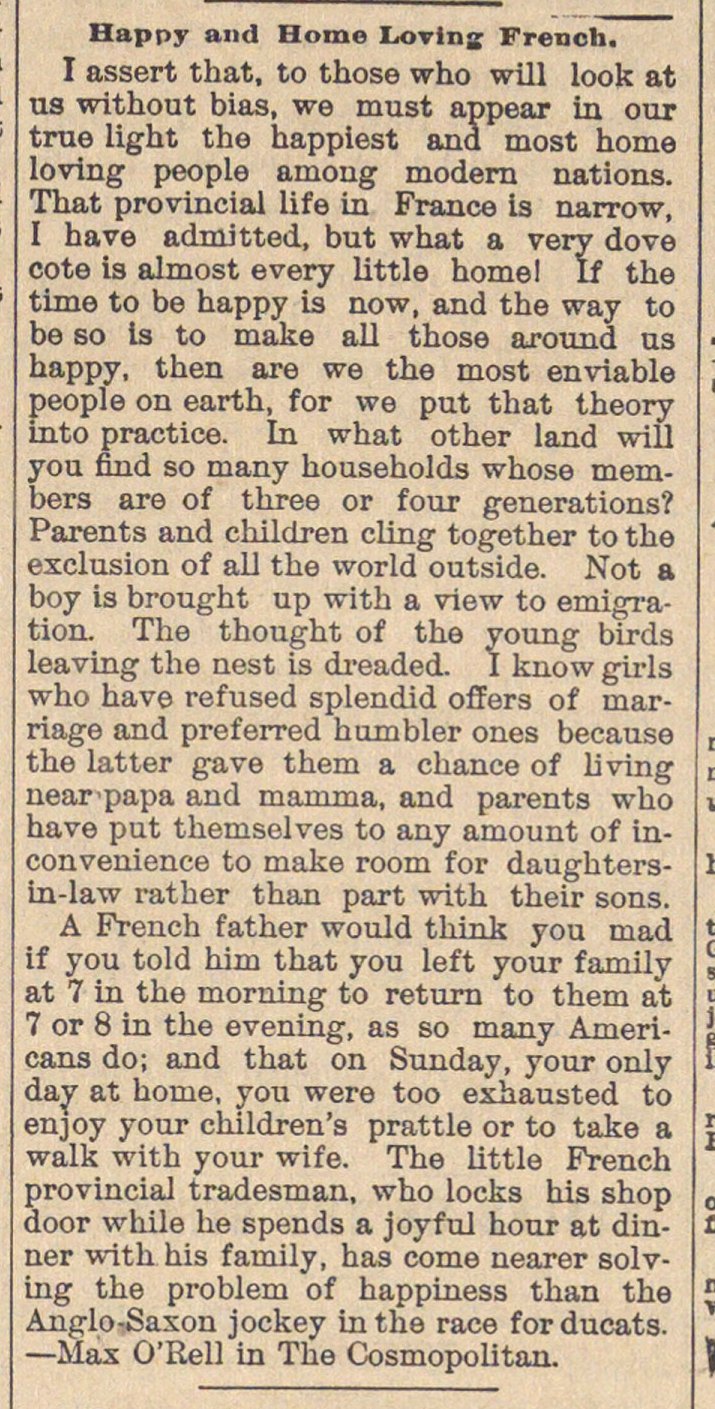 I assert that, to those who will look at us without bias, we must appear in our true light the happiest and most home loving people amoug modem nations. That provincial Ufe in France is narrow, I have admitted, but what a very dove cote is almost every little homel If the time to be happy is now, and the way to be so Is to make all those around us happy, then are we the most enviable people on earth, for we put that theory into practico. In what other land will you find so many households whose members are of three or four generations? Parents and children cling together to the exclusión of all the world outside. Not a boy is brought up with a view to emigration. The thought of the young birds lea ving the nest is dreaded. I know girls who have refused splendid offers of marriage and preferred humbler ones because the lat ter gave them a chance of living nearpapa and mamma, and parents who have put themselves to any amount of inconvenience to make room for daughtersin-law rather than part with their sons. A Prench father would think you mad if you told him that you left your family at 7 in the morning to return to them at 7 or 8 in the evening, as so many Americana do; and that on Sunday, your only day at home, you were too exhausted to enjoy your children's prattle or to take a walk with your wife. The little French provincial tradesman, who locks his shop door while he spends a joyful hour at dinner with his family, has come nearer solving the problem of happiness than the Anglo-Saxon jockey in the race forducats.