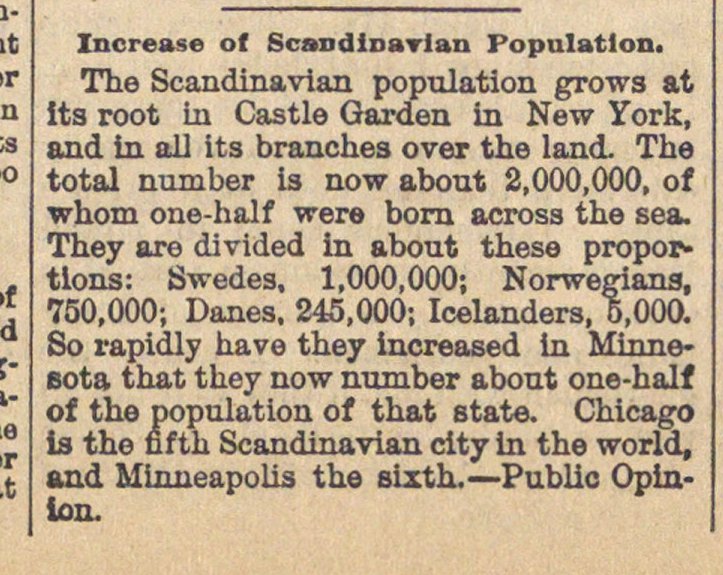 The Scandinavian population grows at lts root Lu Castle Garden in New York, and in all lts branches over the land. The total number is now about 2,000,000, of whom one-half werO born across the sea. They are divided in about these proportions: Swedes, 1,000,000; Norwegiana, 750,000; Danes. 245,000; Icelanders, 5,000. So rapidly have they increased in Minne aota that they now number about one-half of the population of that state. Chicago is the fifth Scandinavian city in the world, and Miruieapolis the