The Result Of A Fight 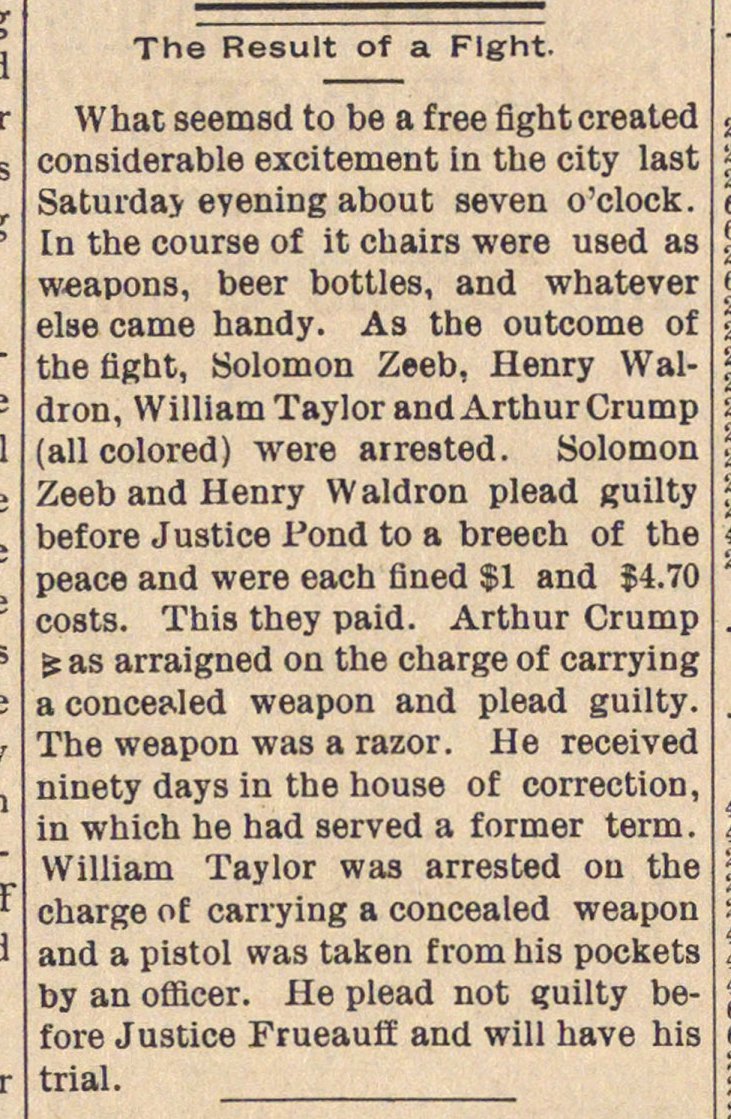 What seemsd to be a f ree fightcreated considerable excitement In the city last Saturday eyening about seven o'clock. [n the course of it chairs were used as weapons, beer bottles, and whatever elne came handy. As the outcome of the fight, Solomon Zeeb, Henry Waldron, William Taylor and Arthur Crump (all colored) were arrested. Solomon Zeeb and Henry Waldron plead guilty before Justice Pond to a breech of the peace and were each fined $1 and $4.70 costs. This they paid. Arthur Crump $ as arraigned on the charge of carrying a conceded weapon and plead guilty. The weapon was a razor. He received ninety days in the house of correction, in which he had served a former term. William Taylor was arrested on the charge oC carrying a concealed weapon and a pistol was taken from his pockets by an officer. He plead not guilty before Justice Frueauff and will have his trial.