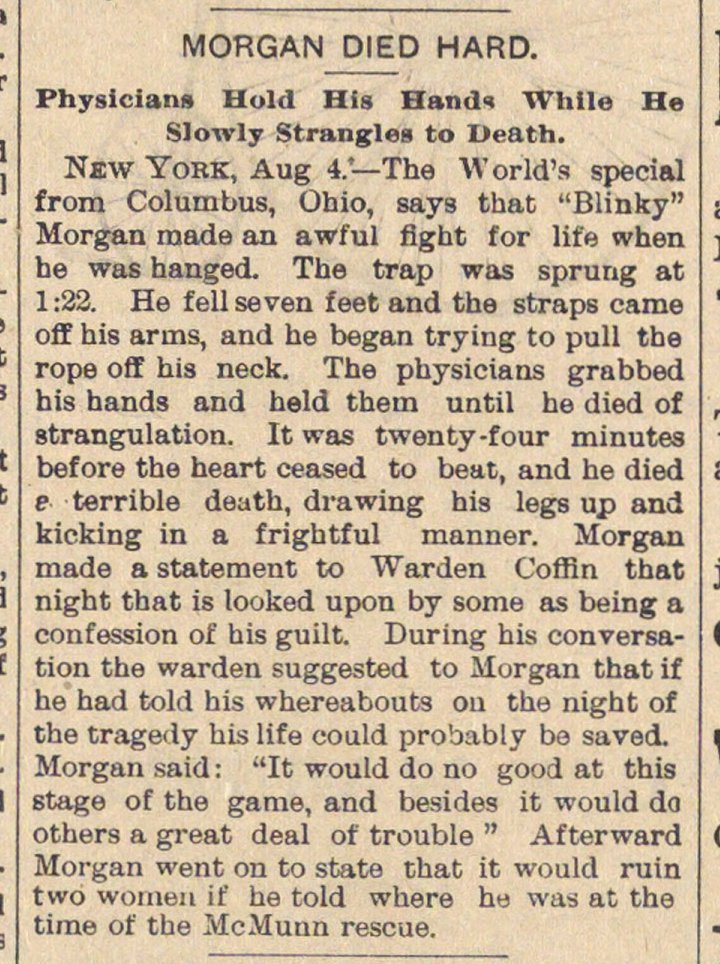 New York, Aug 4.'- The World's special from Columbus, Ohio, says that "Blinky" Morgan made an awful fight for life when he was hanged. The trap was sprung at 1:22. He feil se ven f eet and the straps came off ais anus, and he began trying to pull the rope off his neck. The physicians grabbed his hands and held them until he died of strangulation. It was twenty-four minutes before the heart ceased to beat, and he died e terrible death, drawing his legs up and kicking in a frightful manner. Morgan made a statement to Warden Coffin that night tbat is looked upon by some as being a confession of his guilt. During his conversation the warden suggested to Morgan that if he had told his whereabouts ou the night of the trageily his life could probably bs saved. Morgan said : ilIt would do no good at this stage of the game, and besides it would do others a great deal of trouble " Afterward Morgan went on to state that it would ruin two womeu if he told where h was at the time of the McMunn rescue.