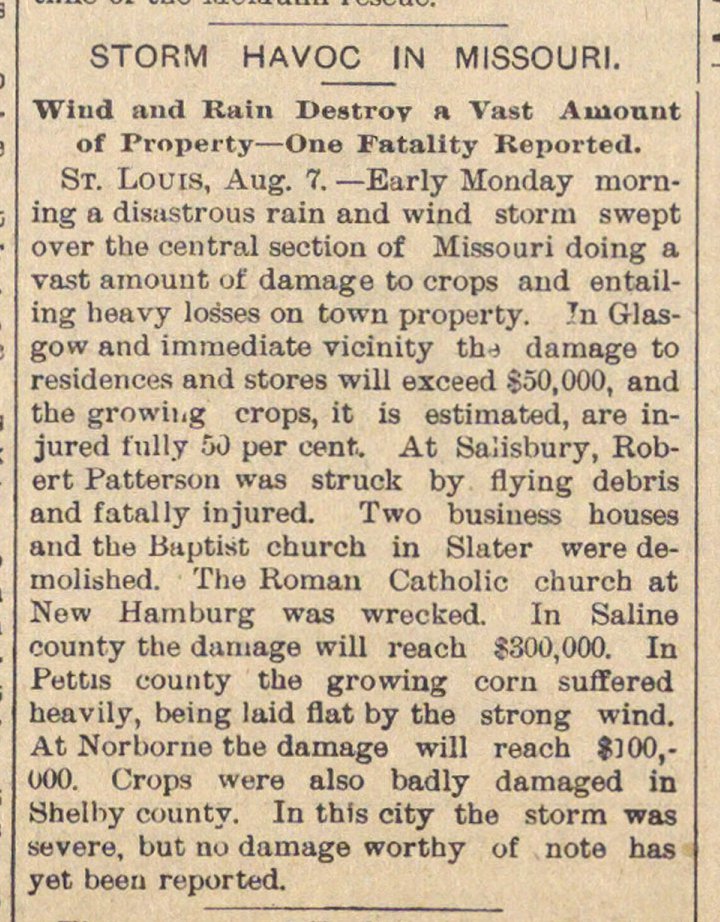 St. Louis, Aug. 7. - Early Monday morning a disiistrous rain and wind storm swept over the central section of Missouri doing a vast amount of damage to crops and entailing heavy losses on town property. Tn Glasgow and imraediate vicinity tin damage to residences and stores will exceed $50,000, and the growii.g crops, it is estimated, are injured fully 50 per cent. At Salisbury, Robert JPattersou was struck by flying debris and fatal ly injured. Two business houses and the Bnptist church in Slater were demolished. The Roman Catholic church at New Hamburg was wrecked. In Saline eounty the damage will reacu $300,000. In Pattis county the growing corn sufïered heavily, being laid flat by the strong wind. At Norlwrne the damage will reach $100,000. Crops were also badly damaged in Shelby county. In thfs city the storm was severe, but nu damage worthy of note has yet been reported.