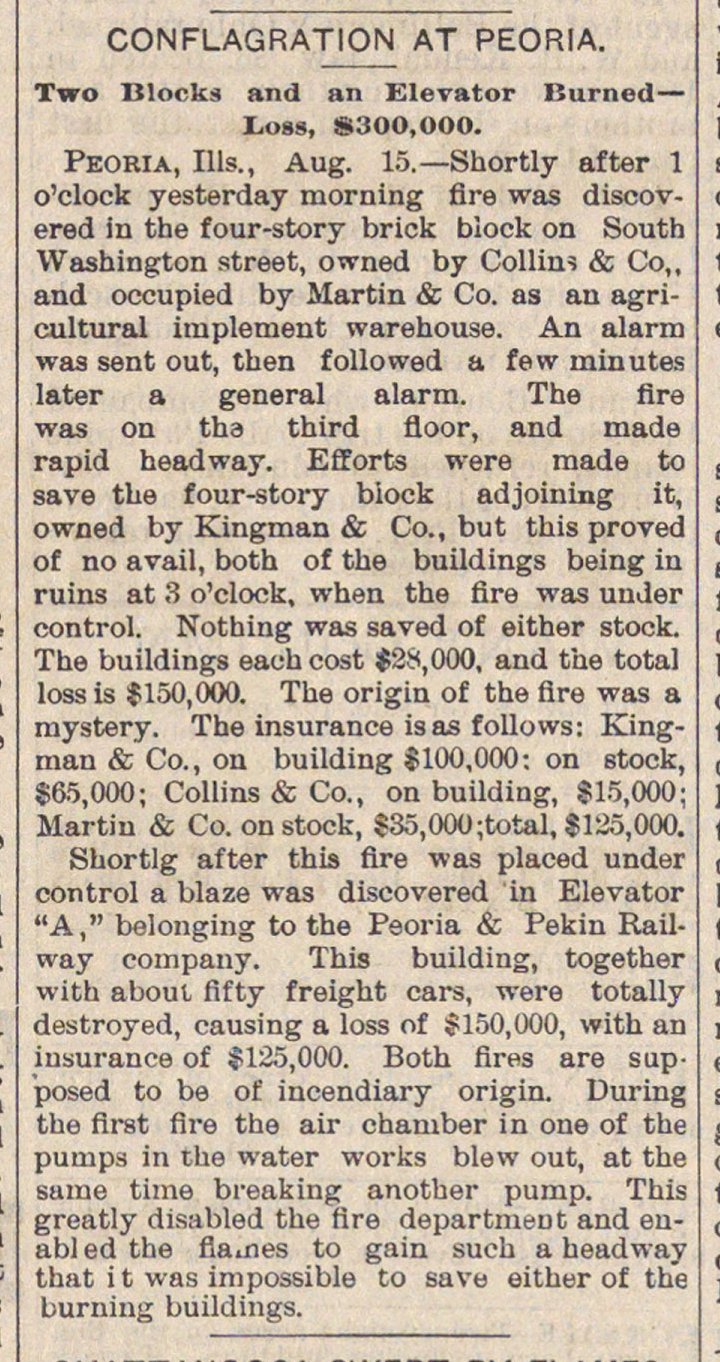 Peoría, Ills., Aug. 15. - Shortly af ter l o'clock yesterday morning fire was discovered in the four-story brick biock on South Washington street, owned by Collins & Co,, and occupied by Martin & Co. as au agricultural implement warehouse. An alarm was sent out, then followed a few minutes later a general alarm. The fire was on tha third floor, and made rapid headway. Elïorts were made to save tlie four-story biock adjoining it, owned by Kingman & Co., but this proved of no avail, both of the buildings being in ruins at 3 o'clock, when the fire was unJer control. Nothing was saved of either stock. The buildings each cost $28,000, and the total loss is $150,000. The origiu of the fire was a mystery. The insurance isas follows: Kingman & Co., on building $100,000: on stock, 865,000; ColLins & Co., on building, $15,000; Martin & Co. on stock, $35,000;total, $125,000. Shortlg after this fire was placed under control a blaze was discovered in Elevator "A," belonging to the Peoria & Pekin Railway company. This building, together with about fifty freight cars, were totally destroyed, causing a loss of $150,000, with an iusurance of $125,000. Both fires are supposed to be of incendiary origin. During the first fire the air chamber in one of the pumps in the water works blew out, at the sume time breaking another pump. This greatly disabled the fire departmeut and euabled the flajies to gain such a headway that i t was impossible to save either of the burning buildings.