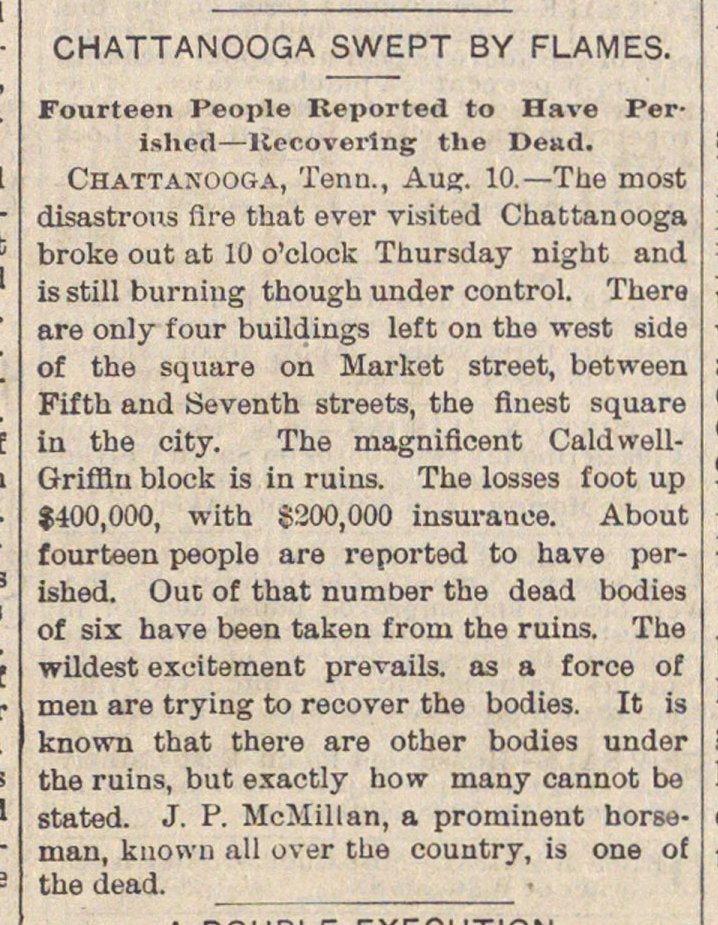 Chattanooga, Ten n., Aug. 10.- The most disastrous fire that ever visited Chattanooga broke oat at 10 o'clock Thursday night and is still burning though under control. There are only four buildings left on the west side of the square on Market street, between Fifth and Öeventh streets, the finest square in the city. The magniflcent CaldwellGrifflu block is in ruius. The losses foot up $400,000, witu $200,000 insurance. About iourteen people are reported to hare perished. Out of that number the dead bodies of six have been taken froni the ruins. The wildest exoitement prevails. as a forcé of men are trying to recover the bodies. It is known that there are other bodies under the ruins, but exactly how many cannot be stated. J. P. McJIillan, a prominent borseman, known all over the country, is one of the dead.