The Use Of Spectacles 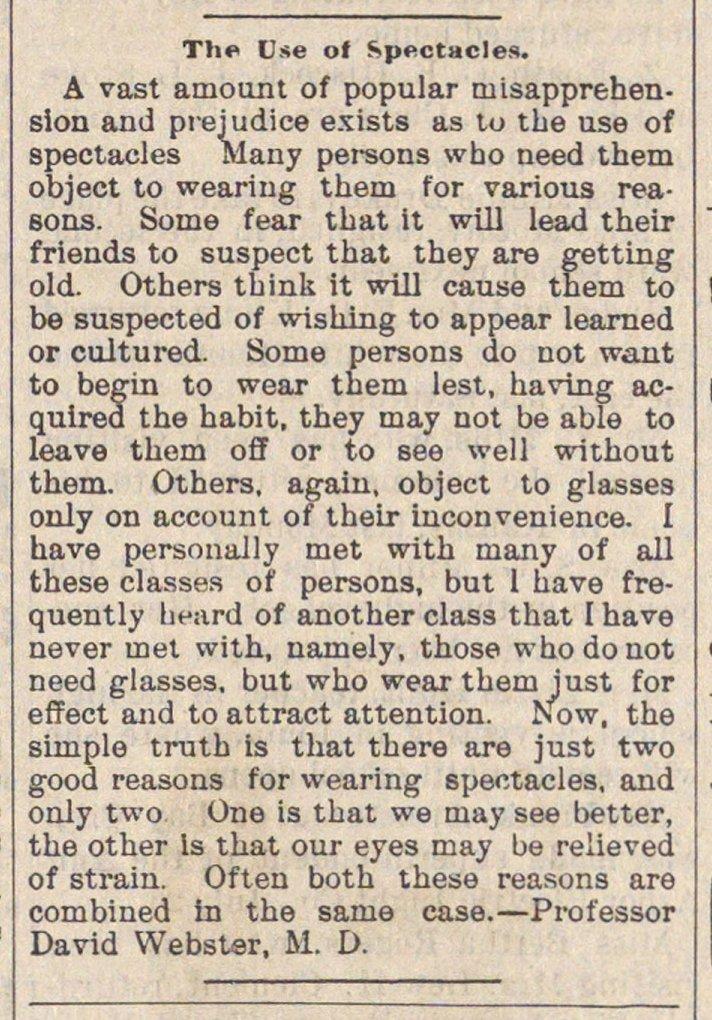 A vast amount of popular niísapprehension and prejudice exists as to the use of spectacles Many persons wbo need them object to weariug them for various reaeons. Some fear that it wül lead their friends to suspect that they are getting oíd. Others tbink it will cause them to be suspected of wishing to appear learned or cuJtured. Some persons do not want to begin to wear them lest, having acquired the habit. they may not be able to leave them off or to see well without them. Others. again, object to glasses only on account of their inconvenience. I have personally met with many of all these classes of persons, but 1 have frequently heard of another class that I have never met with, namely, those whodonot need glasses, but who wear them just for effect and to attract attention. Now, the simple trutb is that there are just two good reasons for wearing spectacles, and only two One is tbat we may see better, the other Is that our eyes may be reiieved of strain. Often both these reasons are combined in the same case. - Professor David Webster, M. D.