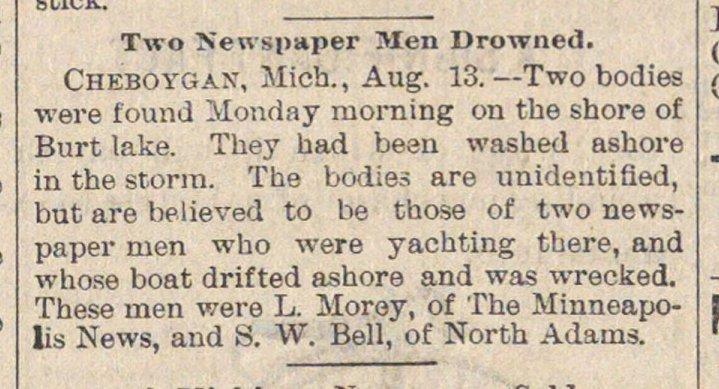 Cheboygax, Mich., Aug. 13. - Two bodies were found Monday raorning on the shore of Burt lake. They had been washed ashore in the storm. The bodies are imidentified, but are believed to be those of two newspaper men who were yachting there, and whose boat drifted ashore and was wrecked. These men were L. Moroy, of The Minneapolis News, and 8. W. Bell, of North Adains.