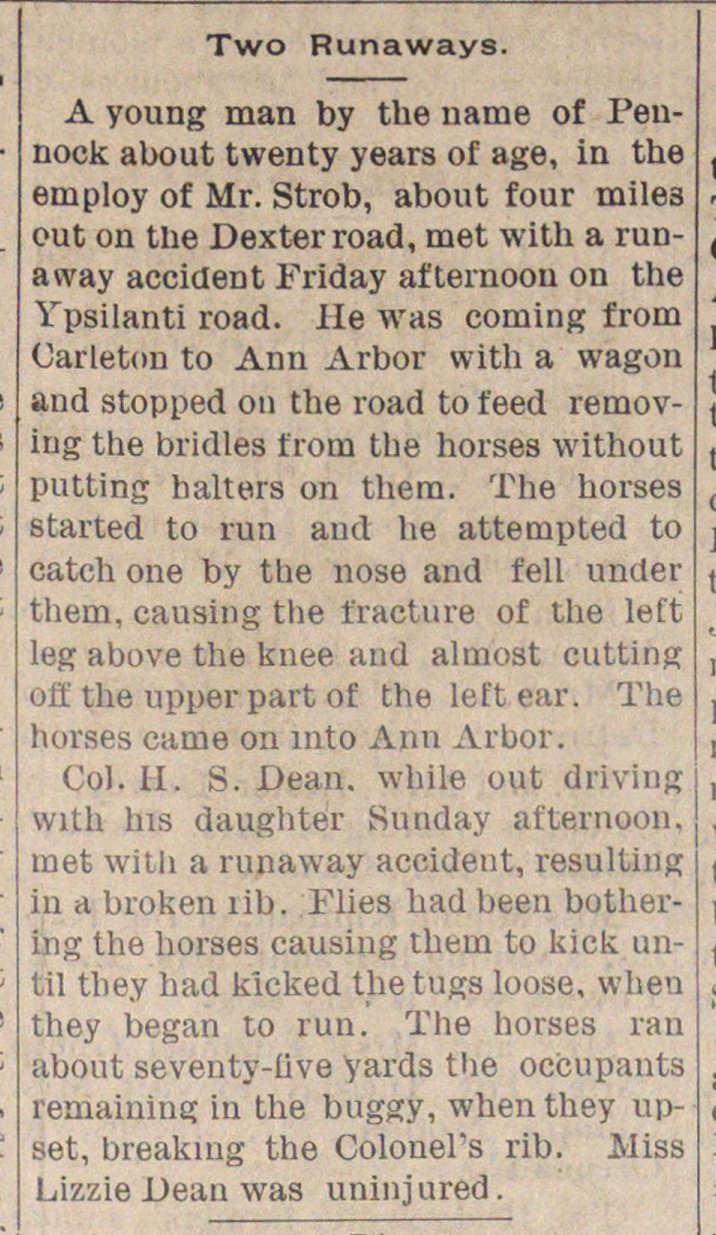 A young man by the name of Pennock about twenty years of age, in the employ of Mr. Strob, about four mile3 out on the Dexterroad, met with a runaway accident Friday af ternoou on the Ypsilanti road. 11e was coming from Oarleton to Ann Arbor with a wagon and stopped on the road to feed removing the bridles from the horses without putting halters on them. The horses started to run and he attenipted to catch one by the nose and feil untter tliem, causing the fracture of the left leg above the knee and almost cutting ofE the upper part of the left ear. The horses ame on mto Ann Arbor. Col. H. S. Dean. while out drivlng with his daughter Suiulay afternoon. met witli a runaway accident, resultiiig in a broken ïib. Flies had been botherUJg the horses causing them to kick unül they liad kícked the tugs loose, when they began to run. The horses ran about seventy-üve yards the occupants remaining in the buggy, when they upset, breaking the Colonel"s rib. Miss Lizzie Dean was uninjured.