The President On Trusts 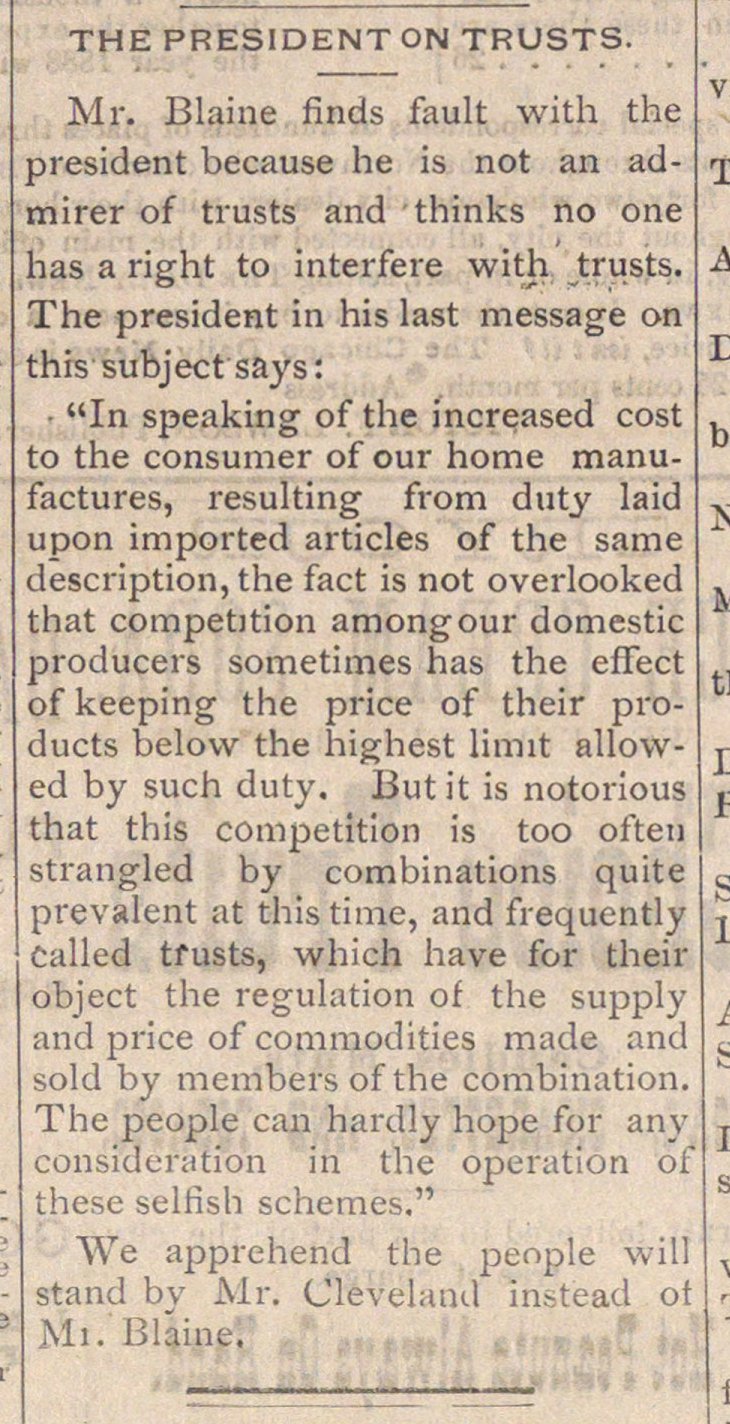 Mr. Blaine finds fault with the president because he is not an admirer of trusts and thinks no one has a right to interfere with trusts. The president in his last message on this subject says: ■ "In speaking of the increased cost to the consumer of our home manufactures, resulting from duty laid upon imported articles of the same description, the fact is not overlooked that competjtion amongour domestic producers sometimes has the effect of keeping the price of their products belovv the highest limit allowed by such duty. But it is notorious that this competition is too often strangled by combinations quite prevalent at this time, and frequently called tfusts, which have for their object the regulation of the supply and price of commodities made and sold by members of the combination. The people can hardly hojae for any consideration in the operatión óf these selfish schemes." We apprehend the people will stand by Mr. Cleveland instead ot Mi. Blaine.