Left The Ship Too Late 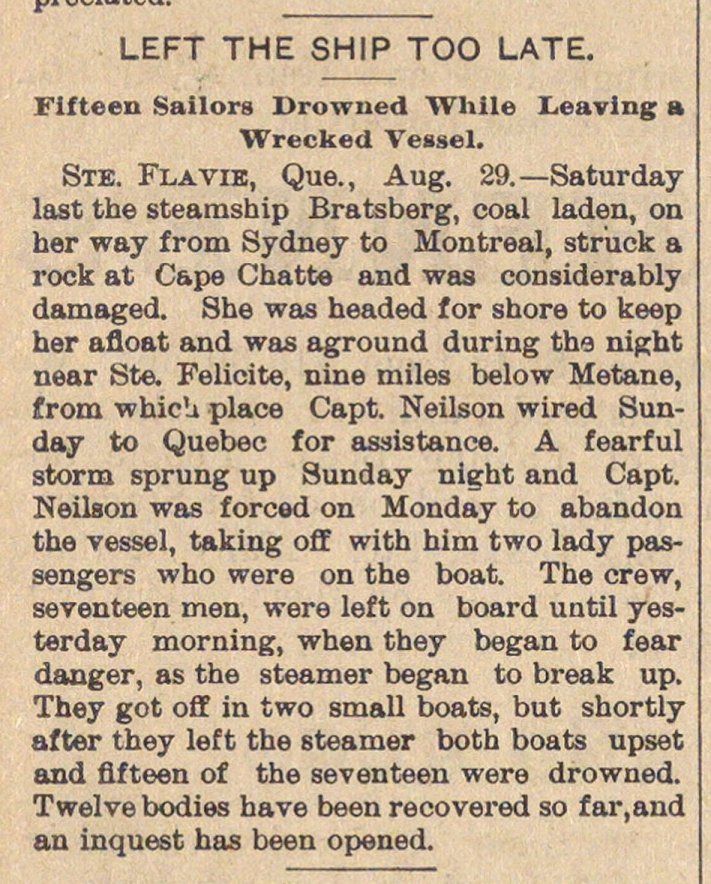 Ste. Flavie, Que., Aug. 29.- Saturday last the steamship Bratsberg, coal laden, on her way from Sydney to Montreal, struck a rock at Cape Chatte and was considerably damaged. She was headed f or shore to keep her afloat and was aground during the night near Ste. Felicite, nine miles below Metane, from whic'u place Capt. Neilson wired Sunday to Quebec for assistance. A fearful storm sprung up Sunday night and Capt. Neilson was forcad on Monday to abandon the vessel, taking off with bim two lady passengers who were on the boat. The crew, seventeen men, were left on board until yesterday morning, when they began to fear danger, as tbe steamer began to break up. They got off in two small boats, but shortly after they left the steamer both boats upset and fifteen of the seventeen were drowned. Twelve bodies have been recovered so f ar, and an inquest bas been opened.