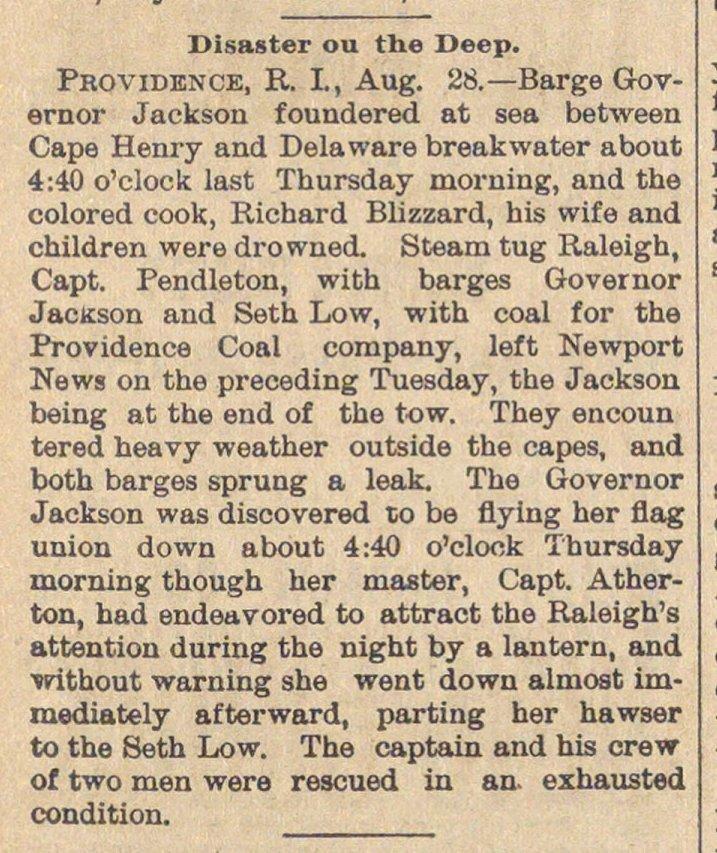 Providencb, R. I., Aug. 28.- Barge Governor Jackson foundered at sea between Cape Henry and Delaware breakwater about 4:40 o'ciock last Thursday moruing, and the colored cook, Richard Blizzard, bis wife and children were drowned. Steam tug Raleigb, Capt. Pendleton, with barges Governor JacKsou aud Seth Low, with coal ior the Providence Coal company, left Newport News on the preceding Tuesday, the Jackson being at the end of the tow. They encoun tered heavy weather outside the capes, and both barges sprung a leak. The Governor Jackson was discovered to be flying her flag union down about 4:40 o'clook Thursday morning though her master, Capt. Atherton, had endearored to attract the Raleigh's attention during the night by a lantern, and ■vrithout warning she went down almost immediately afterward, parting her hawser to the Seth Low. The captain and nis crew of two men were rescued in ao exhausted condition.