Horrible Death Of A Saw-mill Hand 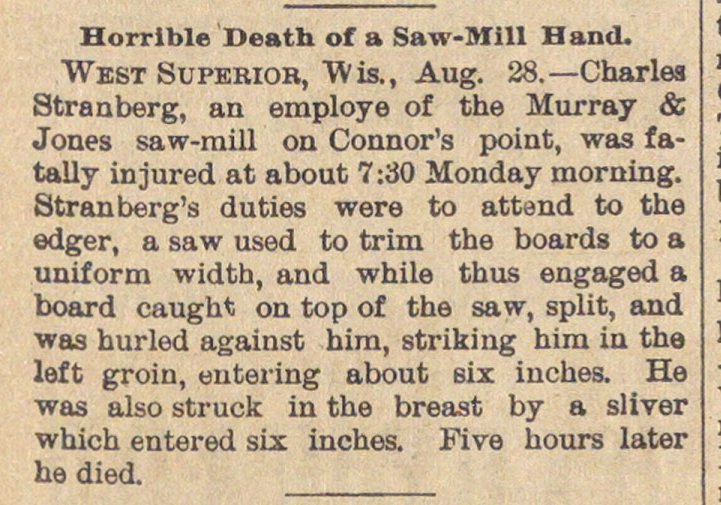 West Superior, "Wis., Aug. 28.- Charlea Stranberg, an employé oí the Murray & Jones saw-mül oa Connor's point, was fatally injured at about 7:30 Monday raorning. Stranberg's duties were to attend to the edger, a saw used to trim the boards to a uniform width, and while thus engaged a board caught on top of the saw, split, and was hurled against hira, striking him in the left groin, entering about six inches. He was also struck in the breast by a sliver which entered sbt inches. Pive hours later lie died.