Militia In A Railway Wreck 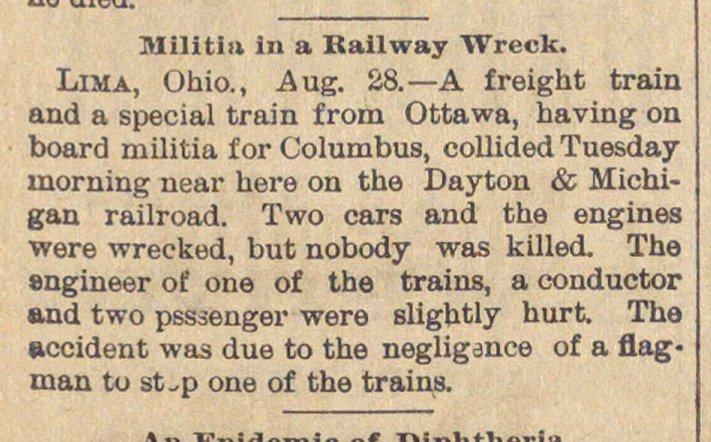 Lima, Ohio., Aug. 28. - A freight train and a special train from Ottawa, having on board militia f or Columbus, collided Tuesda7 morning near here on the Dayton & Michigan railroad. Two cars and the engines were wrecked, but nobody was killed. The sngineer oí one of the trains, a conductor and two psssenger were slightly hurt The accident was due to the negligance of a flag man tu stp one of the trains.