One Month Of The Fever 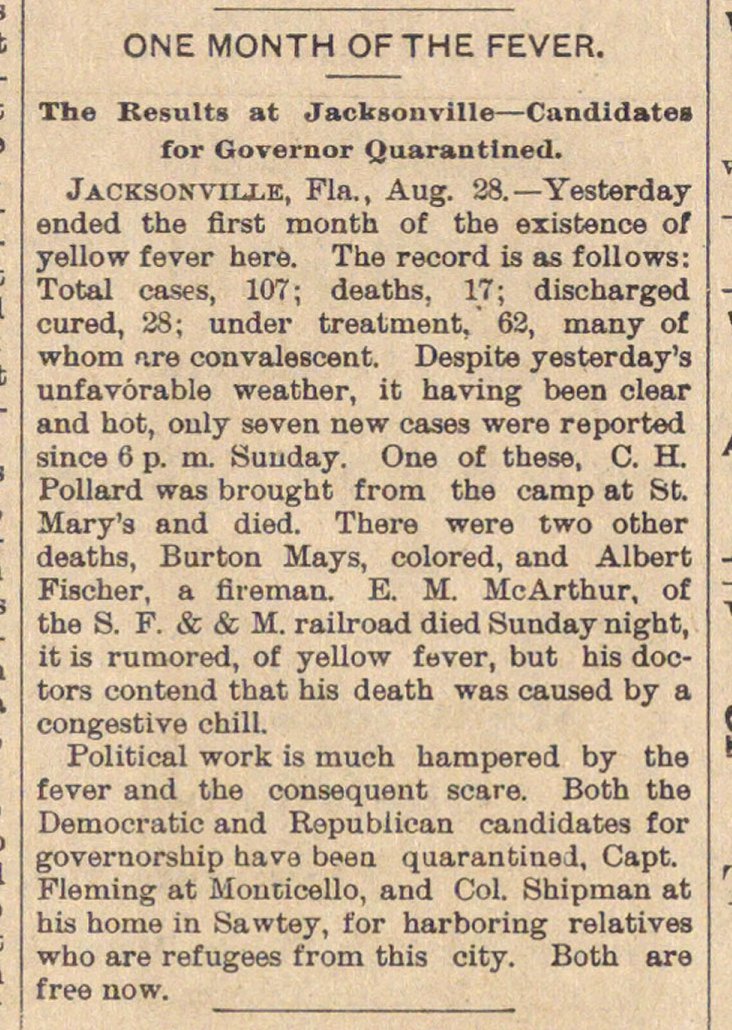 Jacksonville, Fia., Aug. 28. - Yesterday ended the first raonth of the existence of yellow fever here. The record is as follows: Total cases, 107; deaths. 17; discharged cured, 28; under treatment, 62, many of whom ure convaleecent. Despite yesterday's unfavórable weather, it having been olear and hot, ouly seven new cases were reported since 6 p. m. Suuday. One of these, C. H. Pollard was brought f rom the camp at St. Mary's and died. There were two other deaths, Burton Mays, colored, and Albert Fischer, a fíreman. E. M. HcArthur, of the S. F. & & M. railroad died Sunday night, it is rumored, of yellow fever, but his doctors contend that his death was caused by a congestive chili. Political work is much hampered by the fever and the consequent scare. Both the Democratie and Republican candidatos for governorship have beea quarantinei, Capt. Fleming at Houticello, and Col. Shipman at his home in Sawtey, for harboring relativos who are refugees trom this city. Both are f ree now.