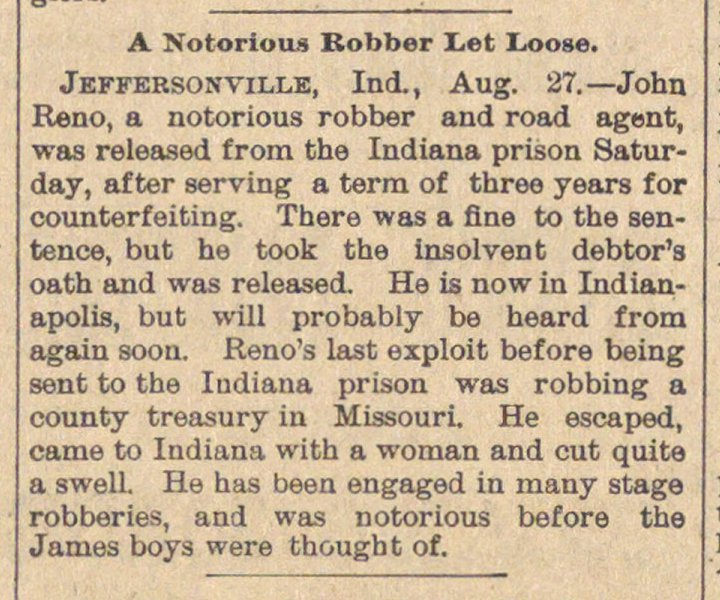 Jeffersonville, Ind., Aug. 27. - John Reno, a notorious robber and road agent, was released f rom the Indiana prison Saturday, af ter serving a term of three years for counterfeiting. There was a fine to the sentence, but he took the insolvent debtor's oath and was released. He is now in Indianapolis, but will probably be heard from again soou. Reno's last exploit before being sent to the Iudiana prison was robbing a county treasury in Missouri. He escaped, carne to Indiana with a woman and cut quite a swelL He has been engaged in raany stage robberies, and was notorious before the James boys were thought of.