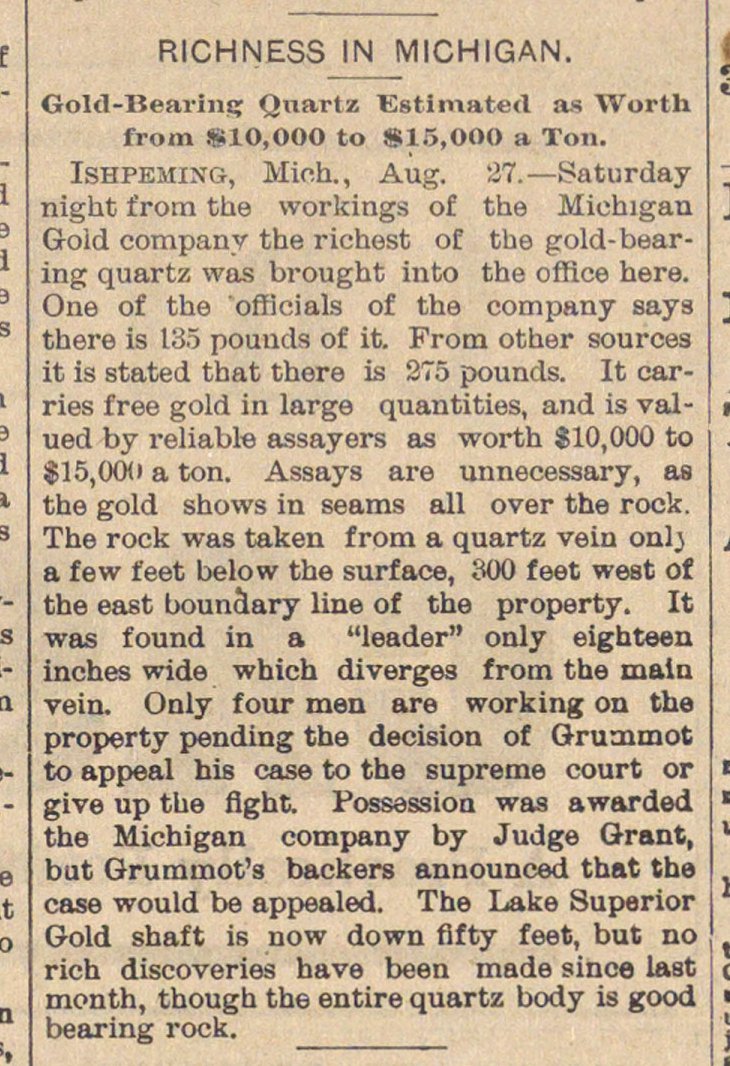 Ishpeming, Mifih., Aug. 27.- Saturday night t'rom the workings of the Michigan Gold companv the richest of the gold-bearing quartz was brought into the office here. One of the officials of the company saya there is 135 pouuds of it. From other sourees it is stated that there is 275 pounds. It carries free gold in large quantities, and is valued by reliable assayers as worth $10,000 to $15,00(1 a ton. Assays are unnecessary, as the gold shows in seams all over the rock. The rock was taken from a quartz vein onlj a few f eet below the surf ace, 300 f eet west of the east boundary line of the property. It was found in a "leader" only eighteen inches wide which diverges from the maiu vein. Only four men are working on the property pending the decisión of Grutnmot to appeal nis case to the supremo court or give up the fight. Possassion was awarded the Michigan company by Judge Grant, but Grummot's backers announced that the case would be appealed. The Lake Superior Gold shaft is now down fifty feet, but no rich discoveries have been made sinee last month, though the entire quartz body is good bearing rock.