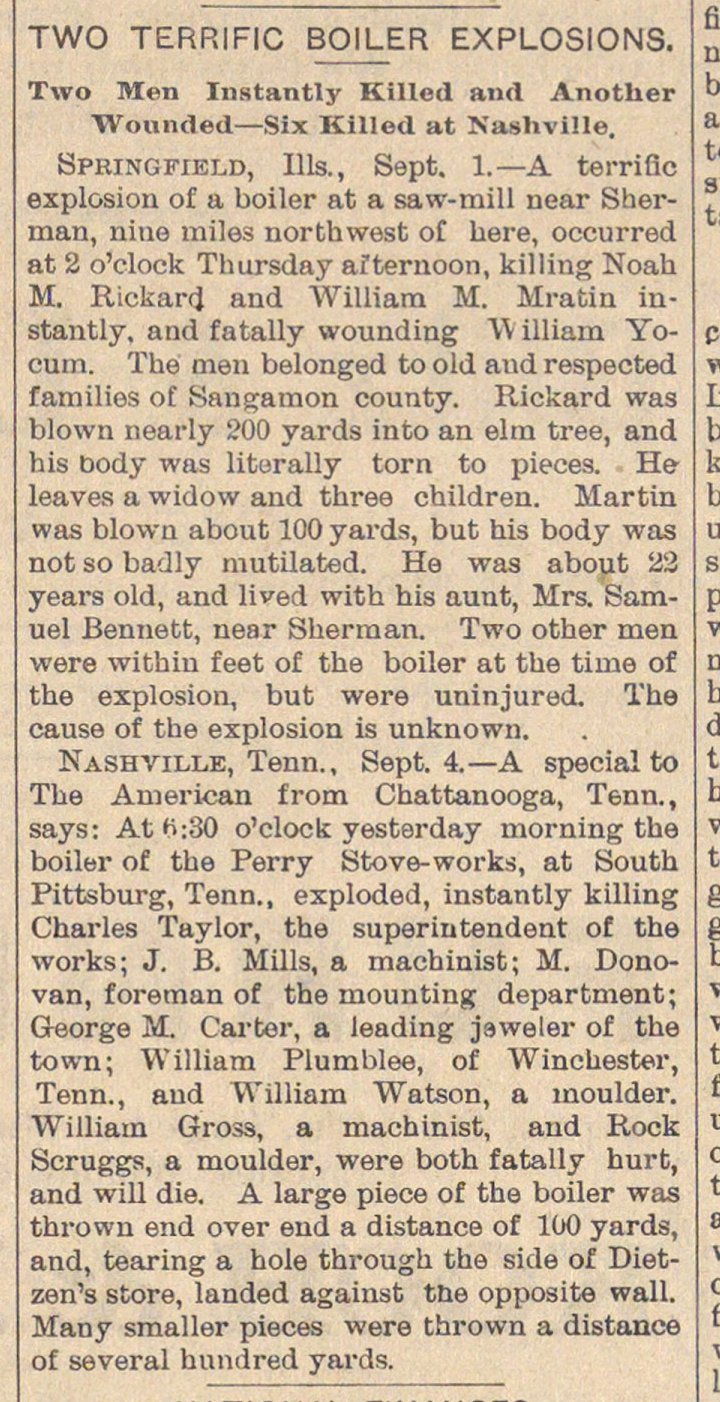 Springfield, Hls., Sept. 1.- A terrifie xplosion of a boiler at a saw-mill near Shernan, nine miles northwest of here, occurred at 2 o'clock Thursday afternoon, killing Noah H. Rickard and William M. Mratin intantly, and fatally wounding V illiam Yocum. ïhé men belonged to oíd and respectad amilies oL Sangamon county. Rickard was lown nearly 200 yards into an elm tree, and lis body was liturally torn to pieces. He eaves a widow and three children. Martin was blown about 100 yards, but his body was not so badly mutilated. He was about 22 years old, and lived with his aunt, Mrs. Samuel Bennett, near Sherman. Two other men were within feet of the boiler at the time of he explosión, but were uuinjured. The cause of the explosión is unknown. Nashviixe, Tenn., Sept. 4. - A special to The American from Chattanooga, T6nn., ays: At:30 o'clock yesterday morning the oiler of the Perry Stove-works, at South r'ittsburg, Tenn., exploded, instantly killing Charles Taylor, the superintendent of the vorks; J. B. Mills, a machinist; M. Donovan, foreman of the mounting department; George M. Carter, a leading jaweler of the town; William Plumblee, of Winchester, Tenn., and William Watson, a moulder. ïVilliam Gross, a machinist, and Rock Scruggs, a moulder, were both fatally hurt, and will die. A large piece of the boiler was thrown end over end a distance of 100 yards, and, tearing a hole through the side of Dietzen's store, landed against tne opposite wall. tfany smaller pieces were thrown a distance of several hundred yards.