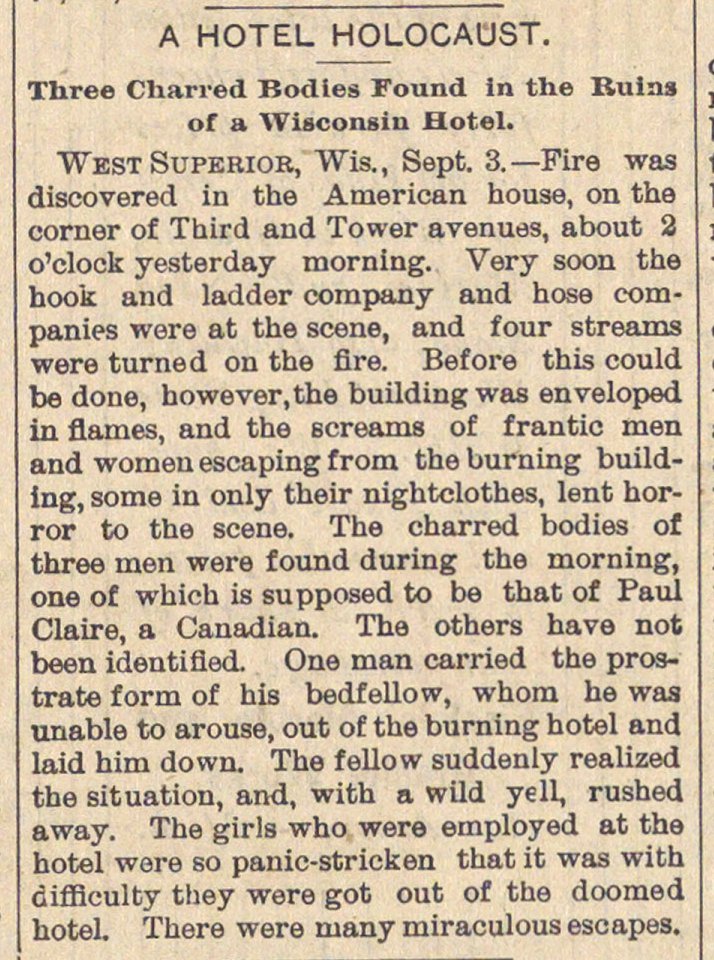 West Superior, Wis., Sept. 3.- Fire was discovered in the American house, on the corner of Third and Tower avenues, about 2 o'clock yesterday morning. Very soon the hook and ladder company and hose com panies were at the scène, and four streams were turned on the fire. Before this coulc be done, however.the building was envelopec in flames, and the screams of f rantic men and women escaping from the burning building, some in only their nightclothes, lent hor ror to the scène. The charred bodies ol three men were found during the morning, one of which is supposed to be that of Pau Claire, a Canadian. The others have noi been identifled. One man carried the prostrate form of his bedfellow, whom he was unable to arouse, out of the burning hotel anc laid him down. The fellow suddenly realizec the situation, and, with a wild ycll, rushed away. The girls who were employed at the hotel wore so panic-stricken that it was witl difflculty they were got out of the doomed hotel. There were many miraculous escapes