The demócrata have got the start of the... 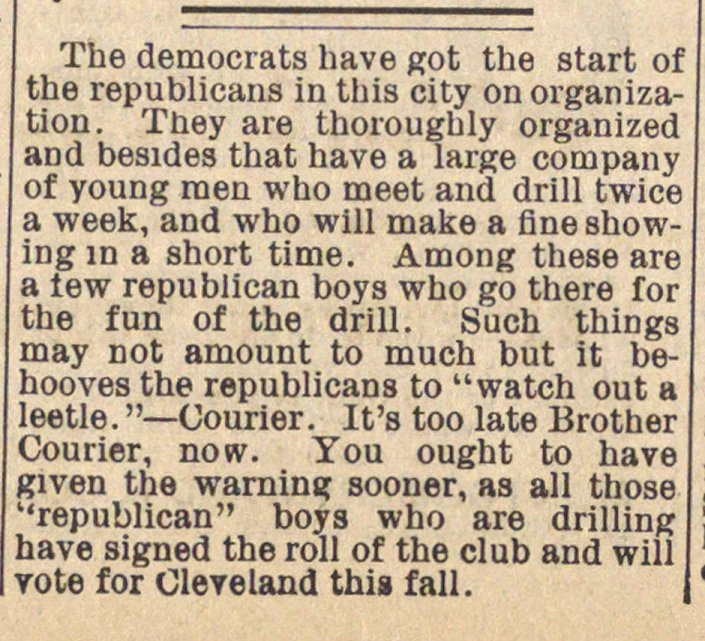 The demócrata have got the start of the republicana in this city onorganization. They are thorouguly organized and besides that have a large cornpany of young men who meet and drill twice a week, and who will make a fine showing in a short time. Among these are a lew republican boys who go there for the fun of the drill. Such things may not amount to much but it behooves the republicans to "watch out a leetle. "-(Jourier. It's too late Brother Courier, now. You ought to have ?iven the waming sooner, as all those "republican" boys who are drilling have signed the roll of the club and will rote for Cleveland this f all.