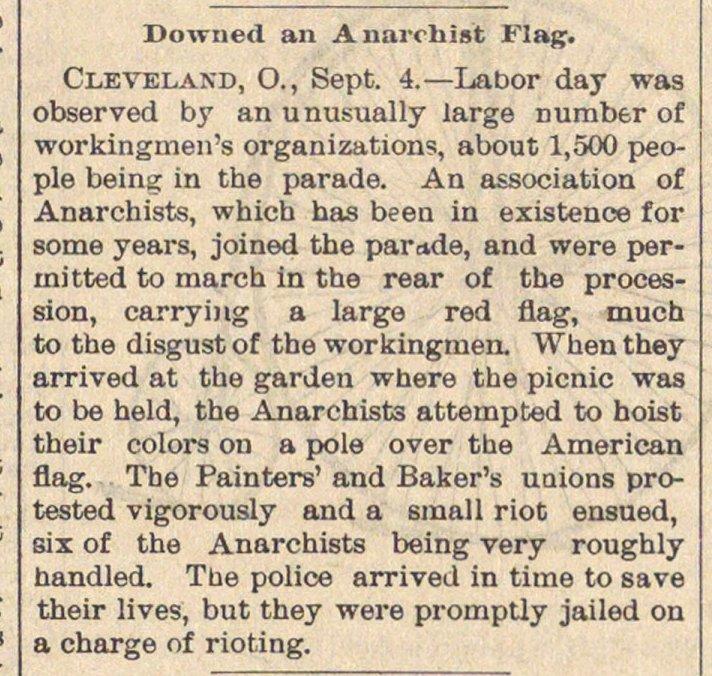 Cleveland, O., Sept. 4.- Labor day was observed by an unusually large numb6r of workingmen's organizations, about 1,500 peopie being in the parade. An association of Anarchiste, which has been in existence for some years, joined the parade, and were perinitted to march in the rear of the procession, carrying a large red flag, much to the disgust of the workingmen. When they arrived at the garden where the picnic was to be held, the Anarchiste attempted to hoist their colors on a pole over the American flag. Tbe Painters' and Baker's uuions protested vigorously and a Binall riot ensued, six of the Anarchists being very roughly handled. Ttie pólice arrived in time to save their lives, but they were prompüy jailed on a charge of riotine.