A Drunk With A Gun 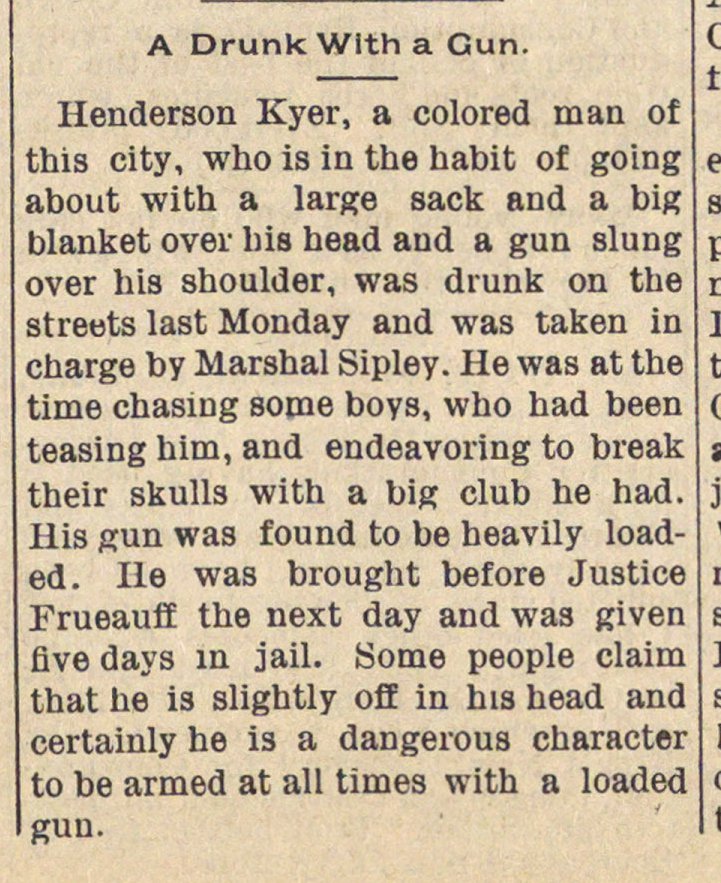 Henderson Kyer, a colored man of this city, who is in the habit of going about with a large sack and a big blanket over bis head and a gun slung over bis shoulder, was drunk on the streots last Monday and was taken in charge by Marshal Sipley. He was at the time chasmg some boys, who had been teasing him, and endeavoring to break their skulls with a big club he had. llis gun was found to be heavily loaded. He was brought bef ore Justice Frueauff the next day and was given five days in jail. Some people claim that he is slightly off in his head and certainly he is a dangerous character to be armed at all times with a loaded guu.