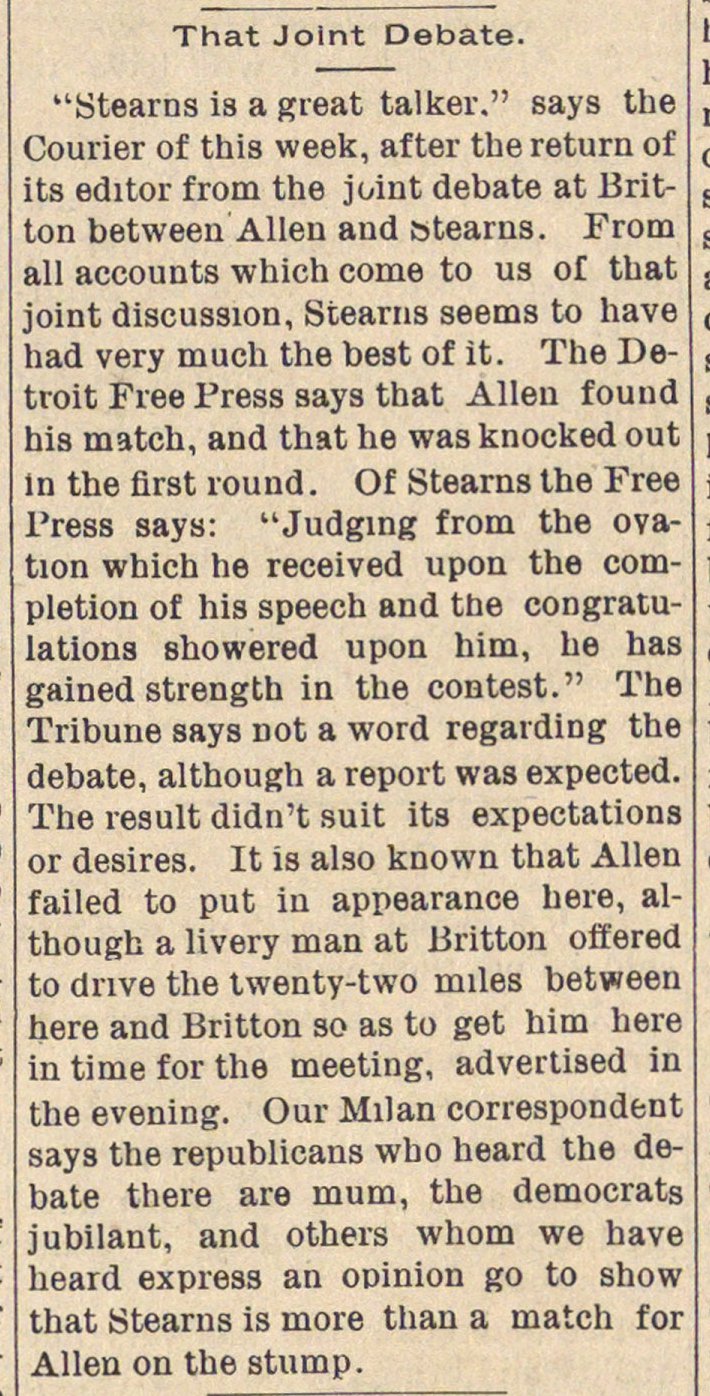 "Stearns is a great talker." says tbe Courier of this week, af ter the return of ts editor from the joint debate at Briton between Allen and otearns. From all accounts which come to us of that oint discussion, Stearns seems to have ïad very much the best of it. The Deroit Free Press says that Allen found his match, and that he was knocked out n the first round. Of Stearns the Free Press says: "Judging from the ovaïon which he received upon the completion of his speech and the congratuations 8howered upon him, he has gained strength in the contest." The Tribune saya not a word regarding the debate, although a report was expected. The result didn't suit its expeetations or desires. It ís also knovvn that Allen 'ailed to put in appearance here, although a livery man at Britton offered to drive the twenty-two miles between here and Britton so as to get him here ntimeforthe meeting, advertised in the evening. Our Milan correspondent says the republicans who heard the dejate there are mum, the democrats ubilant, and others whom we have ïeard express an opinión go to show that Stearns is more than a match for Allen on the stump.