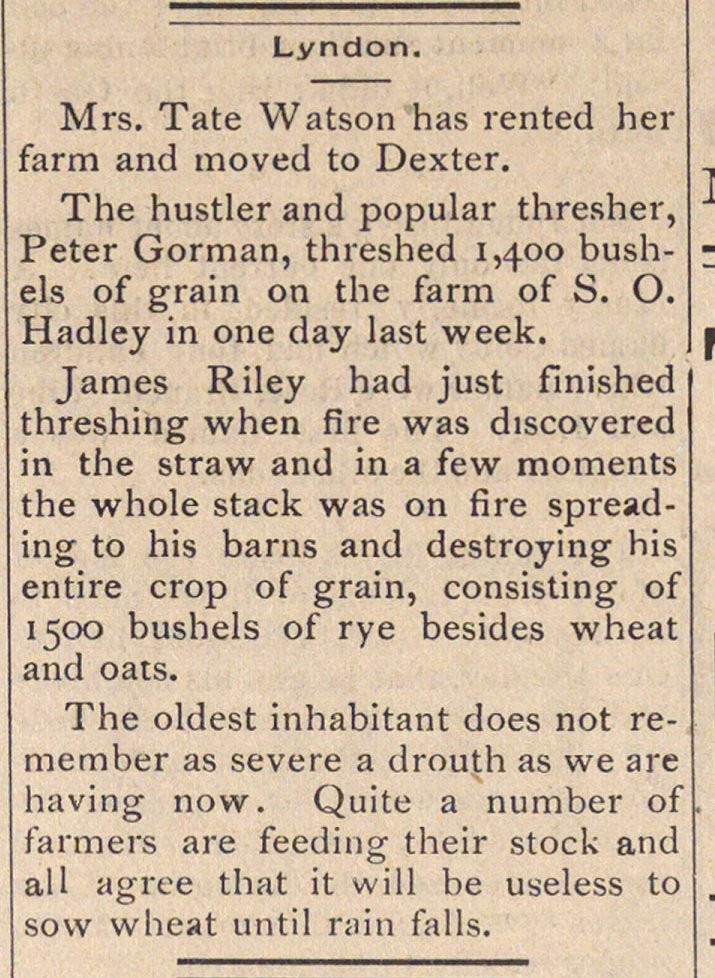 Mrs. Tate Watson has rented her farm and moved to Dexter. The hustler and popular thresher, Peter Gorman, threshed 1,400 bushels of grain on the farm of S. O. Hadley in one day last week. James Riley had just finished threshing when fire was discovered in the straw and in a few moments the whole stack was on fire spreading to his barns and destroying his entire erop of grain, consisting of 1500 bushels of rye besides wheat and oats. The oldest inhabitant does not remember as severe a drouth as we are having now. Quite a number of farmers are feeding their stock and all agree that it will be useless to sow wheat until ruin falls.