Wreck Of A Circus Train 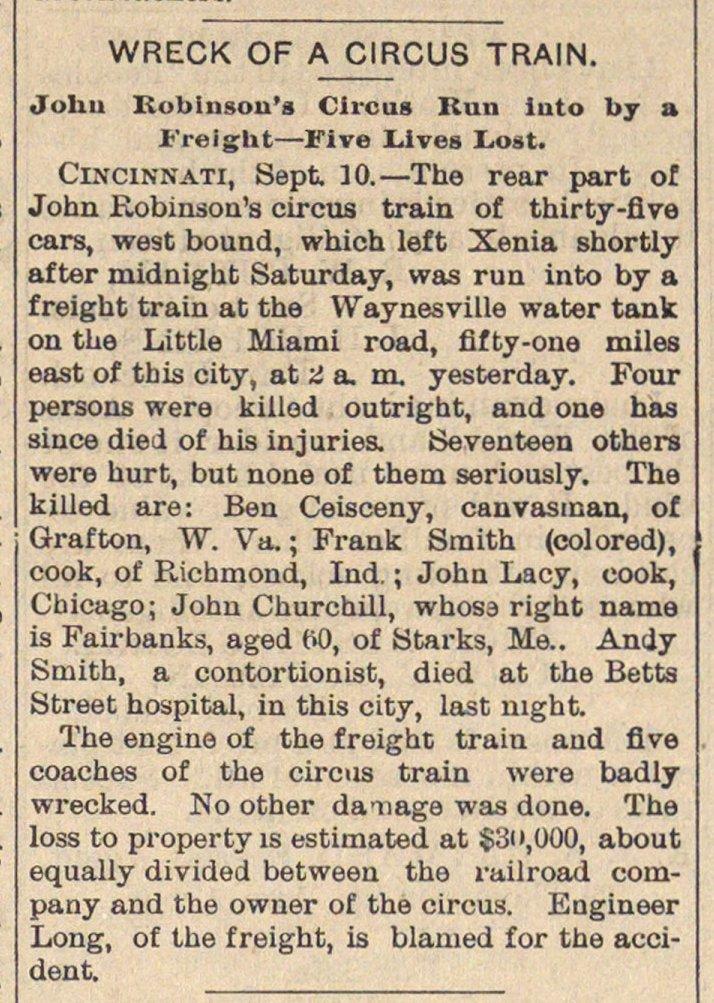 Cinciknati, Sept 10. - The rear part of John Robinaon's circus train of thirty-fire care, west bound, which left Xenia shortly after midnight Saturday, was run into by a freight train at the Waynesville water tank on the Little Miami road, fif ty-one miles east of this city, at tí a. m. yesterday. Four persons were killed outrigbt, and one has since died of his injuries. Seventeen others were hurt, but none of them seriously. The killed are: Ben Ceisceny, canvasman, of Grafton, W. Va. ; Frank Sraith (colored), cook, of Pvichmond, Ind. ; John Lacy, cook, Chicago; John Churchül, whosa right name is Fairbanks, aged M), of Starks, Me.. Andy Smith, a contortionist, died at the Betts Street hospital, in this city, last uight. The engine of the freight train and five coaches of the circus train were badly wrecked. No other daiiage was done. The loss to property is estimated at $3i,000, about equally divided between the railroad company and the owner of the circus. Engineer Long, of the freight, is blamed for the accident.