Will The County Pay It 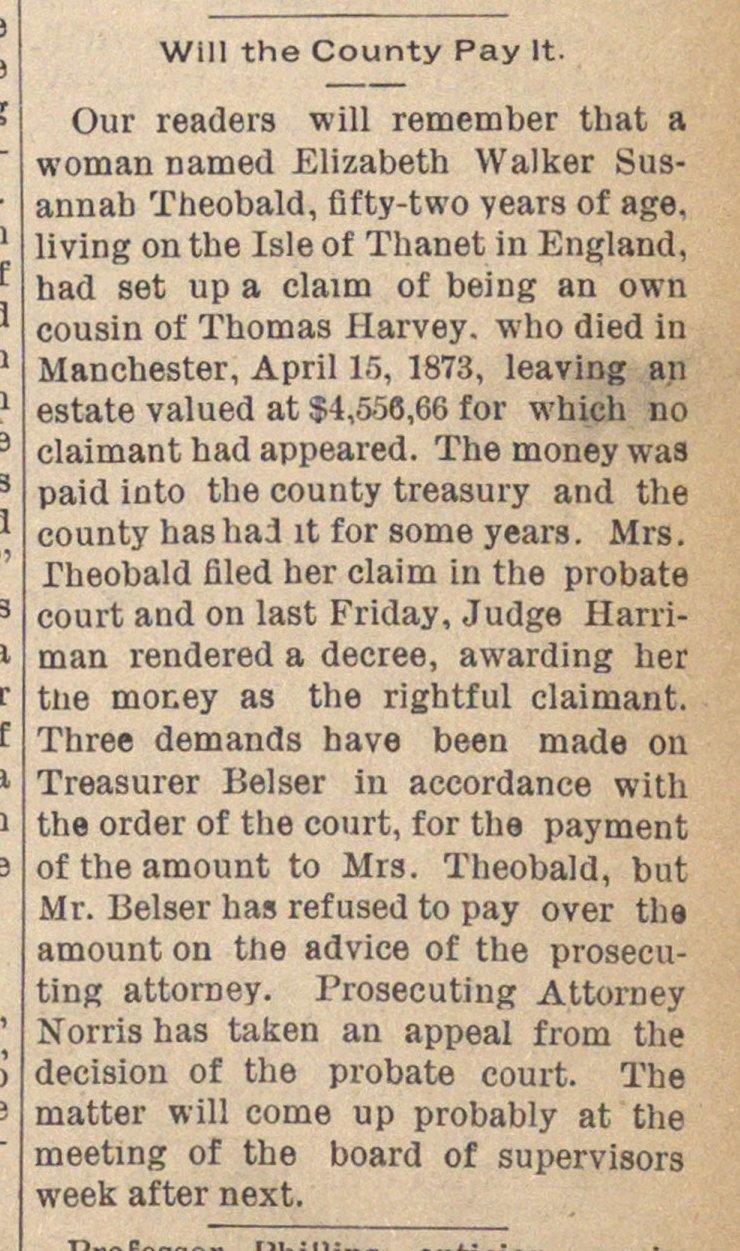 Our readers will remember that a woman named Elizabeth Walker Susannab ïheobald, üfty-two years of age. living on the Isle of Thanet in England, had set up a claim of being an own cousin of Thomas Harvey. who died in Manchester, April 1", 1873, leaving an estáte valued at $4,556,66 for which no claimant had appeared. The money was paid into the county treasury and the county has had ït for some years. Mrs. Theobald filed her claim in the probate court and on last Friday, Judge Harriman rendered a decree, awarding her the money as the rightful claimant. Three demands have been made on Treasurer Belser in accordance with the order of the court, for the payment of the amount to Mrs. Theobald, but Mr. Belser has refused to pay over the amount on the adviee of the prosecuting attorney. Prosecuting Attorney Norris has taken an appeal from the decisión of the probate court. The matter will come up probably at the meeting of the board of supervisors week after next.