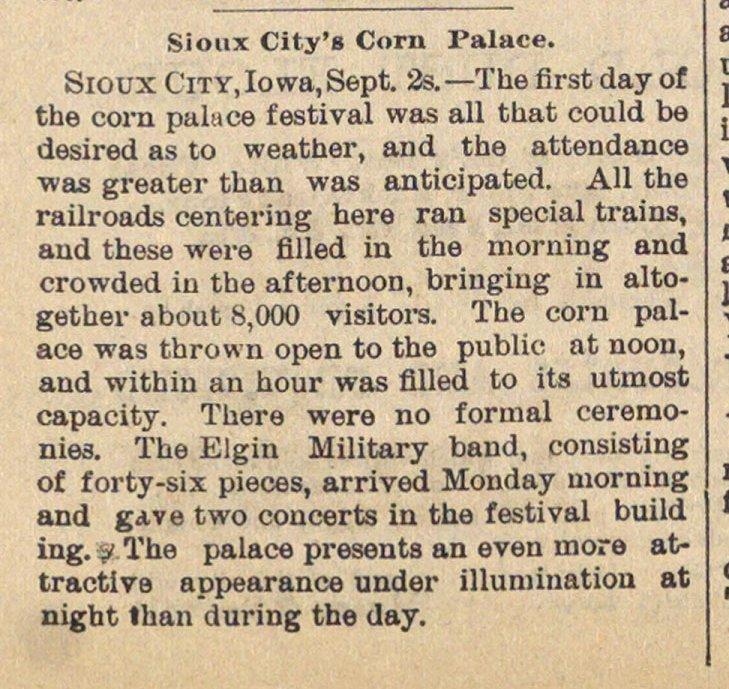 Sioux C'lTY,Iowa,Sept. 2s. - The first day of the corn paluce festival was all that could be desired as to weather, and the attendance was greater thau was anticipated. All the railroads centering here ran special trains, aud these were filled in the morning and crowded in the afternoon, briugiug in altogether about S,000 visitera. The corn palace was thrown open to the public at noon, and withiu an hour was filled to its utmost capacity. There were no formal ceremonies. The Elgin Military band, consisting of forty-six pieces, arrived Monday morning and gave two coneerts in the festival build ing. g The palace presents an even more attractive appearance under illumination at night Ihan during the day.