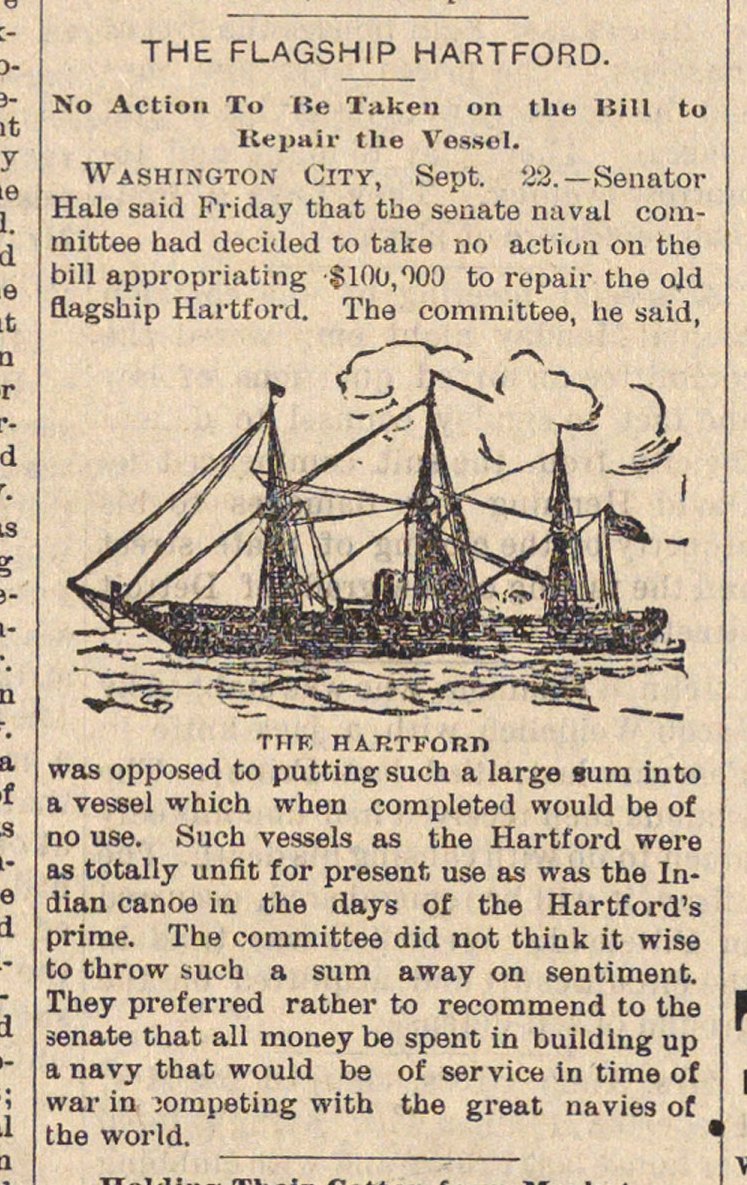 Washington' City, Sept. íü.- Senator Hale said Friday that tue seuate naval comtnittee had decided to take no acticm on the bilí appropriating ílOü.OOO to repair the old Qagship Hartford. Tbe committee, he said, was opposed to putting such a large urn into a vessel whieh when corapleted would be of ao use. Such vessels as the Hartford were as totally unfit for present use as was the Indian canoe in the days of the Hartford's prime. The committee did not thiuk it wise to throw such a sum away on sentiment. They preferred rather to recommend to the senate that all money be spent in building up a navy that would be of service In time of war in ompeting with the great navies of the world. '