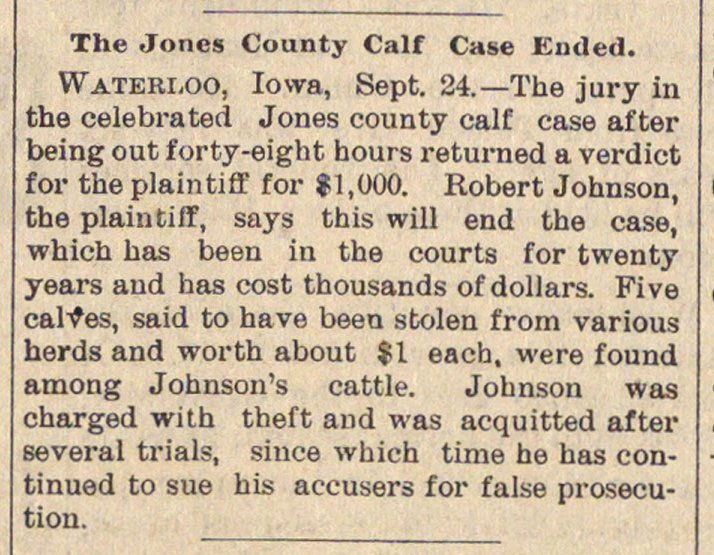 Wateri.oo, Iowa, Sept. 24.- The jury in ;he celebrated Jones county calf case after jeing out forty-eight hours returned a verdict lor theplaintiff for $1,000. Robert Johnson, ;he plaintifï, says this will end the case, whieh has been in the courts for twenty years and has cost thousands of dollars. Five ;alyes, said to have been stolen from various lerds and worth about $1 each, were found among Johnson's cattle. Johnson was charged with theft and was acquitted after several trials, since which time he has coninued to sue his accusers for false prosecuion.