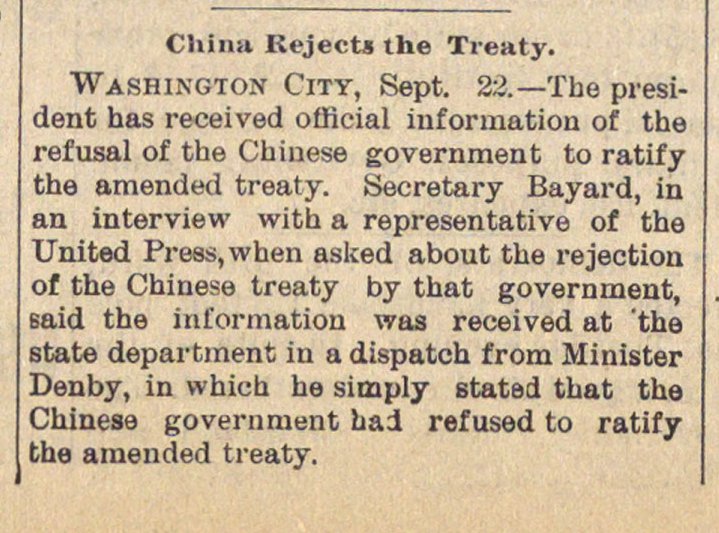 Washington City, Sept. 22.- The president has received official information of the refusal of the Chinese government to ratify the amended treaty. Secretary Bayard, in an interview with a representativo of the Jnited Press, when asked about the rejection of the Chinese treaty by that government, aid the information was received at 'the tate department in a dispatch from Minister )enby, in vvhich he simply stated that the Chinese government had refused to ratify he amended treaty.