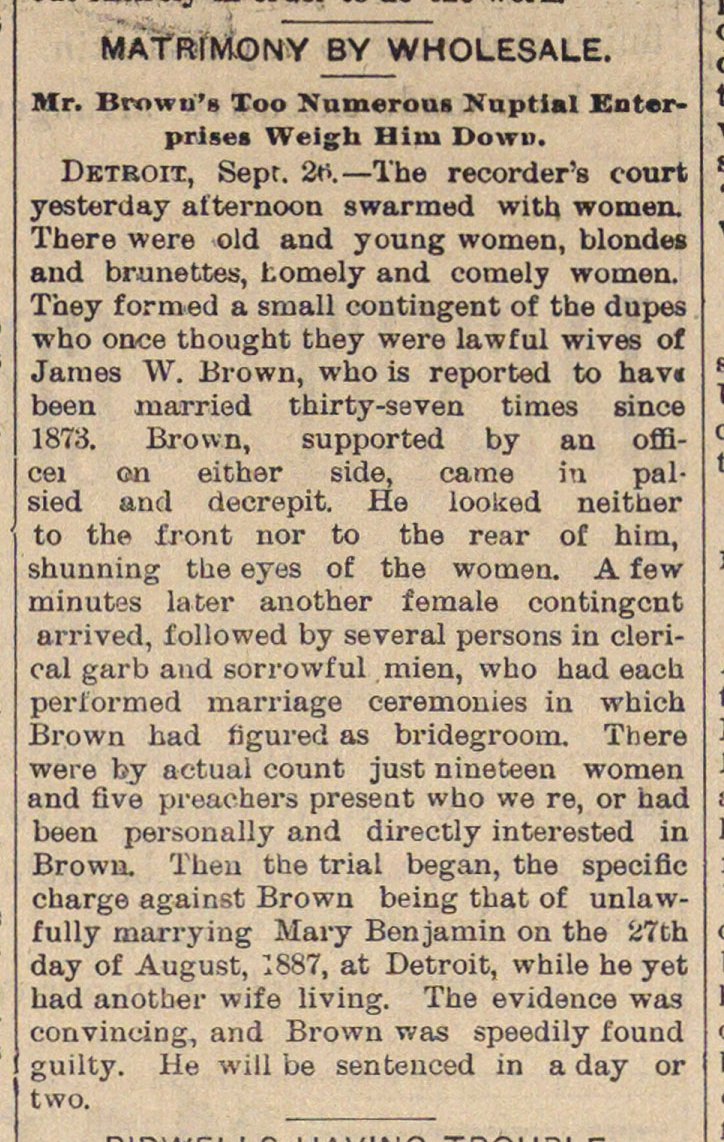 Detroit, Sept. 2t - The recorder' court yesterday afternoon swarmed with women. There were oíd and young women, blondos and brunettes, Lomely and comely women. They formed a small contingent of the dupes who once tbought they were lawful wives of James W. Brown, who is reported to hav been married thirty-seven times since 1873. Brown, supported by an offlcei on either side, came in palsied and decrepit. He looked neither to the front nor to the rear of him, shunning the eyes of the women. A few minutes later another female contingent arrived, íollowed by severa! persons in clerical garb and sorrovvf ui mien, who had eacu performed marriage ceremonies in which Brown had figured as bridegroom. There were by actuai count just nineteen women and five preachers present who we re, or had been personally and directly interested in Brown. ïhen the trial began, the speeific charge against Brown being that of unlawfully marrying Mary Benjamin on the Íá7th day of August, Ï887, at Detroit, while he yet bad another wife living. The evidence was convincing, and Brown was speedily found guilty. He will be sentenced in a day or two.