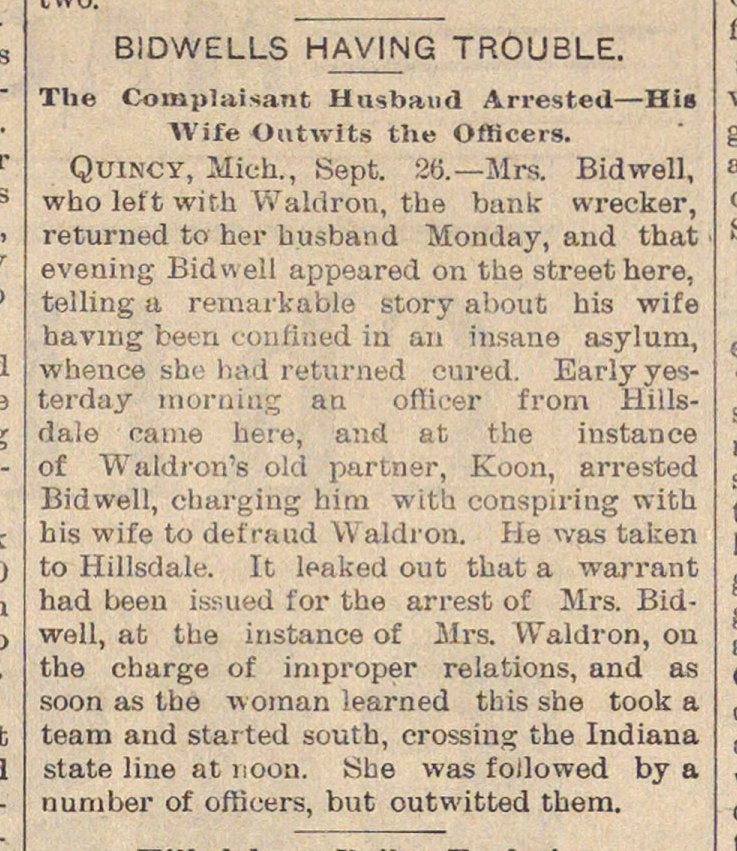 QuiNCY, llich., Sept. 2B.- Mrs. Bidwell, who left with Waldron, tbs bank wrecker, returned to her husband Monday, and that ■ evening Biduell appeared on the streethere, telling u remarkable story about his wife havmg been ooafined ín an instuio asylum, whence she bad returned cured. Earlyyesterday moraiug ati ofiicer from Hillsdale carne hete, and at the iustance of Waldron's old partner, Koon, arrested Bidwell, charging him with conspiring with bis wife to defraud VValdron. He was taken to Hillsdale. It leaked out that a warrant had been issued for the arrest of Mrs. Bidwell, at the instance of 31rs. Waldron, ou the charge of improper relations, and as soon as the ivoinan iearned this she took a team and star ted south, crossing the Indiana state line at noon. She was followed by a nuniber of ofticers, but outwitted thera.