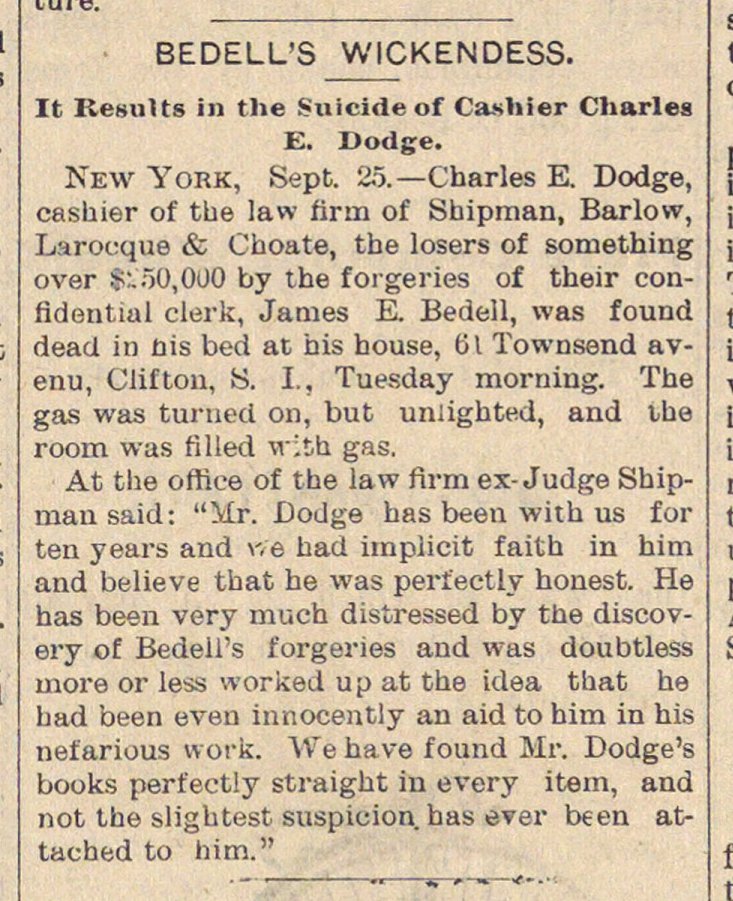 New York, Sept. 25.- Charles E. Dodge, cashier of the law firrn of Shipman, Barlow, Lsrocque & Choate, the losers of something over $100,000 by the forgeries of their confidential clerk, James E. Bedell, was found dead in nis bed at bis house, 61 Townsend avenu, Clifton, y. I., Tuesday morning. The gas was turned on, but unlighted, and the room was filled wlih gas. At the office of the law firm Judge Shipman said: "Mr. Dodge has been with us for ten years and vfe had implicit faith in him and believe that he was perfectly honest. He has been very much distressed by the discovery of Bedell's forgeries and was doubtless more or less worked up at the idea that he bad been evea innocently an aid to him in his nefarious work. We have found Mr. Dodge's books perfectly straight in every item, and not the slightest suspicion. has ever been attached to him."