She Wants A Divorce 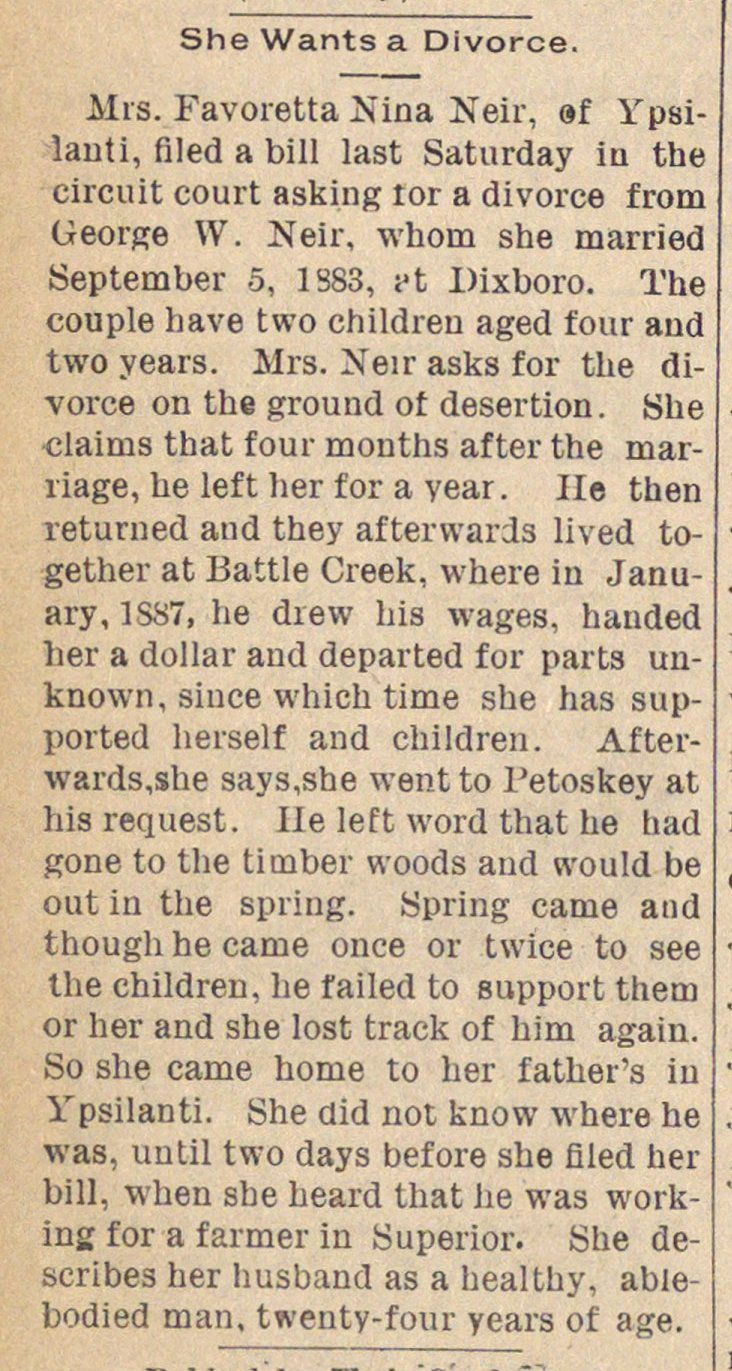 Mis. Favoretta ÍN'ina Keir, 9f Ypsilauti, filed a bilí last Saturday íq the circuit court asking tor a divorce from Ueorge W. Neir, whom she married September 5, 1S83, ;-t Dixboro. The couple have two childreu aged four aud two years. JIrs. Neir asks for the divorce on the ground ot desertion. She claims that four months after the marriage, he left her for a year. lie then returned and they afterwards lived together at Battle Creek, where in January, 1SS7, lie drew bis wages, handed her a dollar aud departed for parts unknown, siace vvhich time she has supported heiself and children. Afterwards,she says,she went to l'etoskey at hisrequest. He left word that he had gone to the timber woods and would be out in the spring. Spring came and though he carne once or twice to see the children, he failed to support them or her and she lost track of him again. So she came home to her father's iu Ypsilanti. She did not know where he was, until two days before she flled her Wil, when sbe heard that lie was working for a farmer in Superior. She describes her husband as a healthy, ablebodied man, tweuty-four years of age.